Paul Castles is shown no mercy listening to Pathetic Divinity, the new album from Gallic giants Mercyless, released on October 7, 2016 via Kaotoxin Records.

A 30-year anniversary should not be allowed to slip by unrecognised so it’s good to see that French death metal marauders Mercyless have a new album out in Pathetic Divinity. Mercyless made their name in the early 90s with classic albums such as Abject Offerings and Coloured Funeral.

They did appear to lose their sense of direction at one point, with a couple of releases best forgotten, soon after which frontman Max Otero opted to leave the band. After a 10-year hiatus Mad Max returned in 2011 and established a whole new band around him. The success of this can be judged by encouraging 2013 release Unholy Black Splendor which signaled something of a return to the original Mercyless way of doing things.

Pathetic Divinity is their sixth album and confirms that the French veterans have gone full circle with a sound now satisfyingly reminiscent of their early work (although of course Max is the only band member who figured back in the day). It delivers the kind of blasphemous blasts that fans of the likes of Asphyx and Immolation will readily consume. 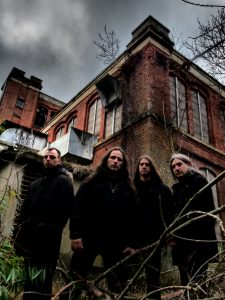 ‘Blood of Lambs’ is a brief intro that exudes feelings of abstract fear and before you know it we’re straight into the album’s storming title track carried along by a serrated riff over which the drums cascade down and Max barks out his lyrics in the manner of a sergeant trying to assemble a bunch of wet behind the ears squaddies.

‘A Representation of Darkness’ maintains the grim aural exterior but the snarling ‘My Name is Legion’ is even more convincing. Evenly paced and carrying a significant threat with every step this one rumbles like a wildebeest who’s licking his wounds after going toe to toe with an enemy.

The title of ‘Left to Rot’ serves up as a great fist-punching chorus that will unite the pit while the spiraling pounder ‘Christianist’ cements the French outfit’s contempt for religion. Penultimate track ‘How Deep is your Hate?’ features some serious solo shredding sandwiched between the old school fury that fuzzes with charged up dirty grooves. The closing ‘Liturgiae’ is a distorted album closer, full of warped laughter and a riff so sharp it could draw blood. With this release generating renewed interest in Mercyless, and winning them a whole new generation of fans, some of their earlier material has been re-released this year – well worth snapping up if you get the chance. 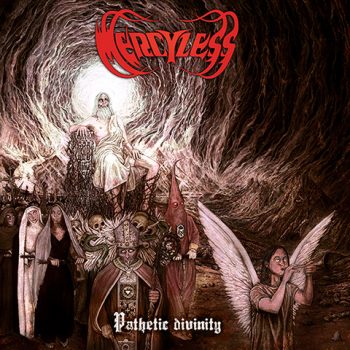