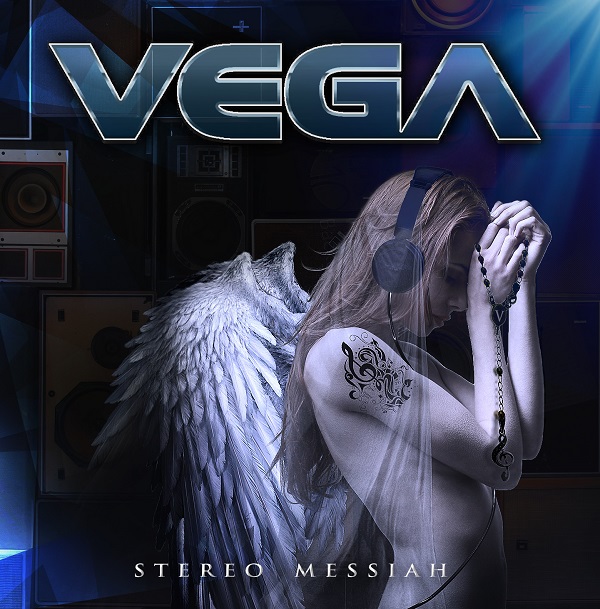 Joe Elliott’s Down N’ Outz have announced that VEGA will be supporting them on their upcoming UK tour in December. Dates include the The Slade Rooms – Wolverhampton on 12th December. Elliott also features on a re-recorded version of a rare Def Leppard track on VEGA’s soon to be released album Stereo Messiah.

Speaking of which… VEGA will release their third album Stereo Messiah on October 20th via Frontiers Records. Mixed and recorded at the studio’s of It Bites front man John Mitchell it was then mastered by Harem Scarem’s Harry Hess at his home studio in Canada. Tracks to be featured include, ‘All Or Nothing’, ‘Ballad Of The Broken Hearted’, ‘With Both Hands’ and ‘Tears Never Dry’.

Frontiers will also re-release VEGA’s second album What The Hell at the same time, complete with unreleased track ‘Skin Deep’.

Vega have just unleashed the first video for the title track ‘Stereo Messiah’, trust me you need to crank this one LOUD!

HRH AOR festival has announced another nine bands to join the line-up for the 2015 show. They are popular party rockers H.E.A.T, Romeo’s Daughter, Houston, White Widdow, Kingdragon, Rage Of Angels, Night by Night, Fahran and Daylight Robbery. This line-up is looking pretty tasty…

Bryan Adams is set to release a new covers album The Tracks Of My Years on September 12th.

Female fronted Swedish Hard Rockers Nubian Rose have signed to Livewire/Cargo Records for the release of their second album Mental Revolution. It was produced by Tobias Lindell the man behind the recent albums by H.E.A.T, Hardcore Superstar and Europe. It’s scheduled for release in the UK in November.

AOR rockers State Of Salazar have released their first video to accompany their new album All The Way which is out in late August on Frontiers Records. You can check out ‘All The Way’ below.

Following the departure of Steve Walsh from Kansas it has already been announced Ronnie Platt will come forward to take the mic stand!

Trixter returned to the scene in 2012 with their first album in 20 years, now it has been announced by Frontiers Records that they will release another new album in 2015. Trixter may divide fan opinion, but for me this news is most welcome!

It’s been quite a while since the last Allen / Lande album – that trilogy of albums was written by guitarist Magnus Karlsson. Karlsson is not onboard for this next chapter; Timo Tollki will play a big role in the production and song writing of the album. It’ll be interesting to hear how this one stands up next to the previous albums given the change in songwriters. It’s due out on Frontiers Records in October.

Stryper’s Michael Sweet and Dokken’s George Lynch have been partnered up by Frontiers records for the Sweet Lynch project which is due for release in early 2015!

Spanish AOR-ster’s Secret (who feature former members of 91 Suite for all you hardcore underground melodic rock fan boys who remember them!) have unveiled their second official video for the track ‘When You Really Love Someone’. It’s lifted from their debut album out now on MelodicRock Records. I adore the chorus on this one, melodic bliss!

Female fronted melodic rockers Sound of Eternity have released an official video for their track ‘Broken Heart’. It’s lifted from their debut album Vision and Dreams which is out right now on MelodicRock Records.

New Frontiers Records signing X-Drive whose album Get Your Rock On is out on August 25th. They have a video for their song ‘California’ out right now, enjoy!

Swedish hard rockers 220 Volt return with a new album entitled Walking In Starlight which will be released via AOR Heaven on September 29th. It’s produced by legendary producer Max Norman and will feature the following tracks – ‘Burning Heart’ and ‘Through The Wastelands’.

It’s been a long time coming but finally Skyscraper – which features vocalist Lee Small, guitarist Tor Talle and bassist David Boyce, have a release date for their debut album. Elevation will come out on September 8th via Ghost Dancer Records/Cargo Records it will feature the tracks ‘Everybody Cries Sometimes’, ‘Fire’, ‘Runaway Heart’ and ‘Sky Is Turning Blue’.

Raucous American rockers Bombay Black have just released their sixth album Walk Of Shame. You can get your dirty hands on it via the bands official website or all the usual favourite legal download places!

Mr Bighave a new album due out in September entitled The Stories We Could Tell on Frontiers Records. Tracks to be included are ‘I Forget To Breathe’, ‘Satisfied’, ‘The Light Of Day’ and ‘Just Let Your Heart Decide’.
Mr Big drummer Pat Torpey has recently announced he has been diagnosed with Parkinson’s Disease. Sad news, keep on fighting Pat!

Rock Candy have just released the new re-mastered version of White Loin’s Fight To Survive album which of course includes the classic ‘Broken Heart’. Also recently released are two from hair metallers Kix, who incidentally have a new album out soon, they are Midnight Dynamite and Blow My Fuse. Next month Rock Candy have promised re releases of Scandal ‘Warrior’ and two from Krokus in ‘Headhunter’ and ‘The Blitz’.

Def Leppard sound alikes Grand Design will release their third album Thrill Of The Night on 29th September via AOR Heaven. It will include the tracks ’10 outa 10’, ‘Rip Iddup’ and ‘The Rush Is Gone’.

Legendary psychedelic rockers Enuff Znuff celebrate their 30th anniversary with the release of a covers album. Covered In Gold will feature covers of songs from the likes of Queen, Cheap Trick, David Lee Roth, The Beatles, The Cult and Nirvana – yes, you did read that right, Nirvana!

Riot V will release Unleash The Fire via SPV/Steamhammer later this year, the follow up to 2011’s comeback Immortal Soul; will feature the remaining members of the legendary Riot. It will feature the following songs, ‘Metal Warrior’, ‘Kill To Survive’, ‘Return Of The Outlaw’ and ‘Fight, Fight, Fight’.

Cult Swedish melodic rockers Dalton return after twenty five years in the wilderness with a brand new album Pit Stop which will be released on Frontiers Records on October 20th! Their album will include the following tracks ‘Don’t Tell Me Lies’, ‘Bad Love’, ‘One Voice’ and ‘Something For The Pain’ and was produced be Eclipse main man Erik Martenssen.

Dead End Heroes who recently released their debut album on AOR Heaven have unleashed their first video to support it. Check out the title track ‘Road Kill’ below!