Legendary UK AOR outfit FM have unleashed a rather tasty new video for their song ‘Diggin Up the Dirt’ which is the opening cut from their forthcoming album Heroes & Villains. It’s out on 20th April on Frontiers Records. FM will also be appearing in the Midlands on their forthcoming UK tour, so make note they are playing The Robin in Bilston on Saturday May 2nd! It’s going to be epic!

The Nelson twins will return with a new album Peace Out on Frontiers Records in the spring, so keep your eyes and ears peeled!

Toto have released another preview song from their upcoming album XIV; check out ‘Holy War’ below.

Europe have released a video for the track ‘War Of Kings’ the title track of their new album. Check it out here.

Swedish Def Leppard inspired rockers Grand Design have released a new video for the track ’10 Outta 10’ taken from their latest album Thrill Of The Night.

Belgian rockers Rebel Reno have signed a multi album contract with Z Records. Their debut album will be released shortly and will feature the track ‘Take Me Home’. 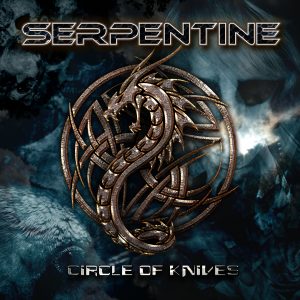 It’s been a long time coming but the third album from UK rockers Serpentine is poised for release on April 24th on AOR Heaven. There have been some line-up changes over the interim years and Circle of Knives includes songs co-written with well loved English singer songwriter Gary Hughes. After an initial listen it seems the Serp’s are back with a bang! Tracks to be featured include ‘Season Of The Witch’, ‘The Hardest Fall’, ‘Bleed’ and ‘Forever’.

O’Regan has already completed work on his second solo album, the follow up to last year’s Temptation opus. Again it will feature guest vocalists amongst them Danny Veras, Phil Vincent and Paul Sabu. It is slated for an April 13th release date. The album will be called Tunnel Vision and a trailer can be enjoyed below.

A new AOR band from Norway Outlasted has emerged with this cool new video and song. I’ll be keeping an eye on these guys, check out ‘Someone Like You’ below and enjoy!

The Darkness returns with new album Last Of Our Kind out on 1st of June. They have already released a lyric video for the track ‘Barbarian’ and you can enjoy it below.

UK hard rocking sleazer’s Jettblack will release their forthcoming album Disguises on Cherry Red Records in April. It will include the following tracks ‘Slaves’, ‘Poison Rain’, ‘Broken Bones’ and ‘Kick In The Teeth’.

Midlands rock icons Magnum will unleash a new live album Escape From The Shadow Garden LIVE 2014 on May 6th via SPV/Steamhammer. The songs are compiled from various venues and performances on that extensive tour, set list goodies include ‘Blood Red Laughter’, ‘How Far Jerusalem’, ‘Vigilante’ and ‘Kingdom Of Madness’.

Swedish newbies Reach will release their debut album Reach Out To Rock on March 4th on the Sun Hill/Cargo Records label. Songs to be included are ‘You Called My Name’, ‘Someone Like You’, ‘The Beast’ and ‘Looking For Love’.

Most Disappointing news of the month alert!!!! Whitesnake now featuring Joel Hoekstra on guitar will release a new album on Frontiers Records on May 18th. It will however be a Deep Purple covers album entitled The Purple Album. I’m sure many will enjoy it but I have to admit personally this is not an album I will be getting excited about.

Issa has released the second promo video from her fourth album Crossfire – which if you haven’t already got you should go and buy immediately! Enjoy the ‘New Horizon’ video clip below.

Colour of Noise is a new Classic Rock band who will be of a lot of interest to readers here. They feature Matt Mitchell of Pride / Furyon on vocals and Bruce John Dickinson formerly of a Little Angels. This is of course a welcome return to the music biz to Dickinson and I for one will be keeping a close on this bands progress.

Swedish AOR-ster’s Houston have released a video for ‘Standing On The Moon’ check it out below. It is lifted from their last album Relaunch II.

Dennis Ward has submitted the first song to Frontiers Record for a proposed new Khymera album. I was a huge fan of the previous Khymera album The Greatest Wonder which was written entirely by song writing team The Martin Brothers. I look forward to hearing what Ward comes up with on this much delayed follow up.

Kiske / Sommerville have released the ultra catchy first video from their upcoming album. Check out ‘City Of Heroes’ below.

Italian songstress Aure will release her debut EP later this year. Many will have heard her singing a cover version of Belinda Carlisle classic ‘Leave A Light On’ on the Charming Grace album which was released a few years ago. She will be working with many talented and skilled musicians and the album will be produced by Davide ‘Dave Rox’ Barbieri and Pierpaolo ‘Zorro’ Monti. I’m really excited about hearing this one as I’m already a fan of the works of Monti and Barbieri but add to that the amazing vocals from Aure – trust me I think this is going to be a major release which is going to be really popular in AOR circles!

HRH AOR has announced the fourth instalment of the Festival will go ahead in March 2016. Tickets are already available and selling like hot cakes. Strut on over to the official website and get your tickets now! It takes place between the 10th and 14th March. No bands have been announced just yet but I will of course update you as soon as they are announced – I’ve got my fingers crossed for REO Speedwagon and Dan Reed Network!

Rock Candy records – the re-issue, re-mastering masters will be giving the shiny treatment to the following releases set to drop on April 22nd. Hanoi Rocks – Two Steps From The Move and Riverdogs – S/T – both theses releases will be of great interest to melodic rockers especially the rare Riverdogs debut album as it features a pre Def Leppard Vivian Campbell.

Mark Slaughter will release his new solo album Reflections in a Rear View Mirror through Escape Music on May 22nd. It will include the tracks ‘Away I Go’, ‘Carry Me Back Home’, ‘Somewhere isn’t Here’ and ‘Deep In Her Heart’.

Billy Idol is set to release the second single from his new album Kings & Queens of the Underground. ‘Save Me Now’ will be available from April 13th.

Finnish power metallers Cain’s Offering will release their new album Stormcrow through Frontiers Records in May. Tracks to be included are ‘The Best of Times’, ‘A Night To Forget’, ‘Too Tired To Run’ and ‘My Heart Beats For No One’. Check out the album trailer below.