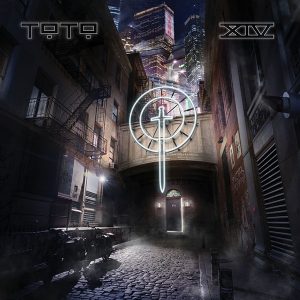 AOR legends Toto are back with their latest album XIV which will be released on Frontiers Records on March 23rd. Tracks to be included are ‘Running Out Of Time’, ‘Burn’, ‘The Little Things’ and ‘All The Tears That Shine’. This is the first album from Toto since 2006’s Falling In Between and the official blurb on this one has them stating that the sound and style of the album they see as a successor to their Toto IV album. So how this one sounds is going to be very interesting!

The unstoppable German legends the Scorpions will release their new album Return To Forever in February. It includes the tracks ‘We Built This House’, ‘All For One’, ‘Rollin’ Home’ and ‘Eye Of The Storm’. Reading the track listing will have you rolling your eyes, but this is the Scorpions and would you expect anything different?! Here’s hoping this is another great slab of rock from the Scorp’s so we can look past their cheesy / rock standard lyrics.

Here’s a bolt out of the blue of shocking news popular German rockers Bonfire have a new album and tour planned for 2015. Nowt shocking I hear you cry, but the new album and tour will feature a new singer – American vocalist David Reece as well as a radically altered line-up, with only guitarist Hans Ziller been an original and recognised member. This is bound to cause controversy amongst fans and whilst Ziller explains that the line-up change is down to vocalist Claus Lessmann been disinterested in making a new Bonfire album, so the way forward for Ziller was with a new line-up. It’ll be interesting to see how this plays out, fans already seem aggressively against the new line-up, me though I’ll let the music do the talking before I pass judgement! With a declaration of a new label and the producer for the new album been Alessandro Del Vecchio it does make me think the new label could be Frontiers as Del Vecchio works a lot with the label, but the label hasn’t been officially announced yet so I could be totally off the mark. The revamped Bonfire will release the album in May.

Rising rockers H.E.A.T have been added to the Download Festival line-up. Other bands that may interest melodic rockers at this year’s Download include Sunday headliners Kiss as well as Motley Crue, Billy Idol and Backyard Babies.

Black Star Riders have released a lyric video ahead of their new album ‘The Killer Instinct’ which is out in February. It’s for the title track, enjoy Thin Lizzy fans!

Russell Allen and Mat Sinner’s new musical outing Level 10 have released their first lyric video for the track ‘Blasphemy’. Their album First Chapter is out January 26th via Frontiers Records.

Eric Martin has rescheduled his solo acoustic dates for next August following his recent run of dates been cancelled due to ‘visa’ issues. So Midlanders need to put 21st of August in their diary for his show at The Oobleck in Birmingham!

Escape Music have confirmed the release date for China Sky’s new album II will be 20th February. It will feature the following tracks, ‘You’re Not The One’, ‘I Wish I Could Fly’, ‘You’ll Get Yours’ and ‘Dreams I’ll Never See’.

Revolution Saints have set up a pledge campaign for anyone wishing to pre-order their debut album and of course as with all Pledge campaigns there’s plenty of goodies on offer from signed stuff to t-shirts you can check it out at http://www.pledgemusic.com/projects/revolutionsaints

The album gets its official release in February via Frontiers Records and features guest appearances from Neal Schon, Arnel Pineda and Alessandro Del Vecchio.

Country rockers Dark Horse who features of course melodic rock legend Paul Laine have another video to promote their debut album Let It Ride. Check out ‘You Were The One (I Waited For)’ below!

The Darker My Horizon has announced their debut album launch show at Scruffy Murphy’s in Birmingham on 21st March. They feature ex-Sacred Heart members Paul Stead (vocals) and Mark Stephenson (Guitar). The album is called ‘Acquiesce’ and judging by the sound samples the band have issued will see the band going in a slightly heavier/alternative direction – should still appeal to Sacred Heart fans though I think!

Brummie vocalist Tony Mills (Shy/TNT) will release his new solo album Over My Dead Body in February. It promises to be an eclectic collection of songs with many different influences and styles, he’s worked with Robert Sall and Paul Sabu and the album features guest appearances from the likes of Eric Ragno and Douglas Docker. Produced by Neil Kernon and will feature the tracks ‘Time Won’t Wait’, ‘Gate 21’ and ‘My Death’. It promises to be an interesting album as Mills has stated many of the songs are about or inspired by his recent ill health and hence the album title.

One of the most prolific melodic rock bands of recent times Last Autumns Dream will release their eleventh album in February via AOR Heaven. Level 11 will feature the following tracks ‘Follow Your Heart’, ‘Losing You’, ‘Made Of Stone’ and ‘Kiss Me’.

British hard rock legends Uriah Heep will release an all new live album / DVD recorded on last year’s tour from their show at Koko in London. It will be released via Frontiers Records on February 23rd.  The inventively titled Live at Koko, London 2014 features amongst others the following amongst it’s set list ‘Against The Odds’, ‘One Minute’, ‘Gypsy’ and ‘Lady In Black’. Check out the live video of Gypsy taken from the DVD…

Jeff Scott Soto’s new solo project – Soto will release their new album Inside The Vertigo via ear-music in January. You can get a taste of what to expect from it be watching the official lyric video for ‘The Fall’ below!

So the TNT rollercoaster keeps on dipping and diving with the latest news to emerge over Christmas is that recently reinstated original front man Tony Harnell has officially stated he is out of the band and has no interest in returning to the band. This follows hot on the heels of British vocalist Tony Mills leaving the band earlier this year – many of whom believe was pushed out to make way for Harnell’s return – but then again there is that many TNT rumours it’s hard to know the Facts from the BS. Although it has been rumoured I am the new front man of the Norwegian legends…..bit smelly this rumour, mind….

ARFM Radio is sponsoring a Charity event for the ‘Just Say Yes’ Fund – established to raise money to support children and young people living with cancer. It takes place at The Spot in Derby on January 31st it features the debut UK live show of Issa ahead of her fourth album release in February. Also playing is Bailey, Angels Or Kings and Lawless. Tickets are available in advance for £12 – the easiest way to pay is via PayPal and justsayyesfund@hotmail.co.uk. Cash and cheque payment options are available by contacting the events page linked above.

German melodic metallers Alpha Tiger have released a video for the lead single ‘We Won’t Take It Anymore’ from their forthcoming album I.Dentity which is out at the end of January on the SPV record label.

Swedish sleazers Hardcore Superstar have announced some UK dates which wrap around their appearance at this year’s HRH AOR where they headline the Sleaze stage. Local rockers will be pleased to see they are playing The Slade Rooms in Wolverhampton on the 18th March.

American melodic rockers Talon return in March to release their fourth album Four Play via Escape Music. It features original vocalist Michael O’Mara and special guest guitar performances from Pete Fry and Tim Pierce. The album features the following tracks ‘Love Is Like A Drug To Me’, ‘I Don’t Wanna Cry’, ‘Raise ‘em High’ and ‘Holly Would’.

Autograph who came back to our attention after been part of the final Firefest last October have recorded a new song which will be available for download from January 15th. Their first new song in 25 years ‘You Are Us, We Are You’ will be available from I-Tunes and Amazon, so keep your eyes peeled.

The new Dracula project album featuring vocalist Jorn Lande and guitarist Trond Holter have issued their first video to promote the album Swing of Death which is released at the end of January. Enjoy ‘Walking On Water’ below.

Michael Schenker has announced a new album, it will be under the Temple Of Rock moniker a band which of course feature popular Scottish vocalist Doogie White, ex-Scorpions rhythm section pair tub thumper Herman Rarebell and bassist Francis Buchholz along with guitarist Wayne Findlay. The album will be released on March 23rd and it’s called Spirit on a Mission and will feature the following ‘Live and Let Live’, ‘All Our Yesterdays’, ‘Let The Devil Scream’ and ‘Restless Heart’. The first single and video ‘Vigilante Man’ will be released on January 19th. They played this track live at The Robin last December and I was really impressed and after watching the video I think this could be one of the best things Schenker has done in a long long time, enjoy it below.

US Vocalist Phil Vincent and Midland’s guitarist Vince O’Regan will release the latest Legion album ‘Animal Inside’ on January 30th. Tracks to be included are ‘Roll The Dice’, ‘Only A Dream’, ‘Standing Alone’ and ‘Don’t Mean Nothing’.