Another gem gets dragged into the light…

Like all bands, Mayday have their own history and like all bands who don’t make it, they have their own bad luck tales to tell. The story behind Revenge, the 1982 follow up to their self titled debut, will never truly be known. It’s clear though that the band splintered, creating factions involving the band’s management and the band’s members. It’s an all too familiar story, and amazingly, out of this controlled chaos rose a second album, a product of creative tension and ambition to succeed.

The production is richer, the songs stronger and more cohesive, the voices more mature. The title track has everything a great AOR track should…a sense of urgency, a dramatic vocal, a sharp hook, a familiar, repetitive keyboard motif, and all of it built on a foundation of emphatic guitar work.

Although they’re clearly following their own star, you can’t help but be reminded of high calibre contemporaries like New England and Sheriff, bands who seemed to capture the moment but never quite grasped the imagination of the wider public. It’s followed by an even more exciting AOR track, ‘First Impressions’, mixing up the previously prescribed ingredients. And yes, there are echoes of Journey and Angel here, and while nowadays, melodic rock bands struggle to transcend pastiche, back then, Mayday just seemed to have the “sound of the eighties” at their fingertips.

”’Identity’ bravely pushes the envelope to the edge of the AOR comfort zone, then ‘Crusin’ liberates our unease by employing familiar melodic rock tropes to gets us back on track, building the song on riffs and spiky axework, leading loudly to a climactic, shout-it-out chorus. The album finishes with the double stop chord rock of ‘This Girl’s On Fire’, a magnificently apposite, if low key closer.

Again, the beautifully balanced remastering (of a 34 year old album) suggests the Tech guys at Rock Candy might next aim for the transmutation of base metal into gold. Alchemy in action.

Two albums and Mayday were gone, and what about the band now? In the recent, philosophical words of vocalist Steve Johnstad, “right between “who gives a shit”and “where are they now”.” 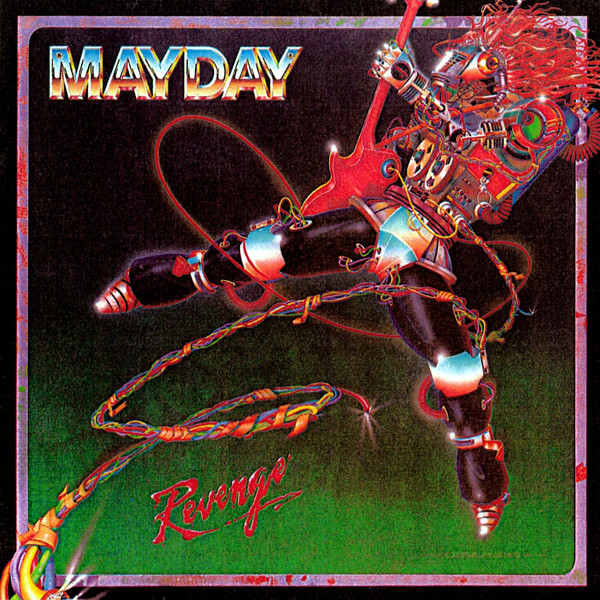