An undiscovered gem sees the light of day…

Essentially a reissue label, the UK’s Rock Candy Records finds itself digging deeper and deeper to unearth new nuggets from the seventies and eighties. It’s a rewarding experience for both the label and fans of AOR and Melodic Rock. From month to month, bands you have never heard of emerge side by side with legends of the genre.

Mayday, the album, truly is an obscurity, unheard of even by Wikipedia and All Music, but for anyone with a heart, and maybe even a soul, it is an album you could eventually come to love.

It’s always tempting to re-contextualise eighties’ melodic rock in the light of subsequent developments in rock’n’roll, but best take it at face value, and accept that like much of the rock music emanating from New York at that time, Mayday’s music unselfconsciously takes its influences from what was going down in the clubs and what was blowing up on the radio. At the extremities, there are traces of proto-techno underpinning the predominantly theatrical stylings of New Wave on ‘Life In Space’. Died in the wool AOR fans may find that thought repellent, but the track has its foundation in melodic rock’s verse-bridge-chorus conventions.

That said, it’s the first three tracks that transport us to a golden age. ‘Chicago Nights’ and ‘New York City’ are classy, elegant chunks of melodic rock, a little reminiscent of Autograph and Journey. Only natural then that on their cover of the Starz high water mark, ‘So Young So Bad’, they sweeten the original sound, effortlessly applying an AOR makeover.

Elsewhere, the music bounces around the popular FM radio airwaves of the time. ‘Love Affair’ is a pounding barroom boogie, smoothed out by polished backing vocals. ‘Innocent Bystander’ gets by quite nicely on slick soul harmonies and ‘Getaway’s gruff Glam Rock glides along on the charm of Steve Jonstad’s gravelly croon.

Critically, it was deservedly well received, though the fact that it was difficult to pigeonhole flummoxed some of the less imaginative hacks in the music press.

The label’s remastering reveals no new depths, but it restores much of the power and the punch that was drained away by poor post-production mixing, back in 1981. 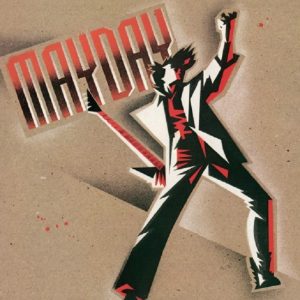