Hailing from fertile Scandinavian soil Mass Worship are the latest band from Sweden plotting metal’s course towards uncharted territory. Formed in 2016 (as City Keys) a couple of fine singles followed along with their self-titled debut album. Using the lockdown to great effect their sophomore effort Portal Tombs shows great development and is certain to propel them into metal’s top tier.

There is something very ethereal and haunting about the drums that herald the arrival of opening salvo ‘Specular Void’. An echo from a distant time they’re tribal and hypnotic and serve to cast a dark spell over the listener but the still is soon shattered as the rest of the band suddenly kick in and turn ‘Specular Void’ into a raging tempest. Mass Worship deliver a brutal sound that’s expelled from the very lungs of hell, and it smokes like fresh kill. They sound at once strange and familiar; their roots are evident, and you can draw a direct correlation with bands such as At The Gates and Mastodon yet they’re forward facing and wholly original meaning Portal Tombs is like nothing you’ve ever heard before.

With barely a pause between tracks a real sense of urgency is created and the title track is a monolithic beast that stands vast and immovable and casts a jet-black shadow. Weighing heavy on the listener (like a concrete overcoat) ‘Portal Tombs’ delivers an incessant pounding as the band proceed to scrawl their sound on every available surface. However, don’t mistake Mass Worship for noise merchants; there’s light and shade in evidence and the white spaces that punctuate ‘Revel In Fear’ illuminate an otherwise dark and oppressive sound. But full-on metal is what Mass Worship do best and this album is often a terrifying and certainly not for the faint hearted.

The shifts in tonality that echo throughout Portal Tombs have a rather unsettling effect and force you to constantly re-evaluate what you’re hearing which makes for an engaging listen. Swinging like a huge pendulum ‘Orcus Mouth’ finds drummer Fred Forsberg mixing up tempos and time changes with reckless abandon which ensures things don’t become staid whilst Gustav Eriksson’s guitar rings like an alarm and sends a warning to the curious. The aptly titled ‘Scorched Earth’ rolls from speaker to speaker like a Panzer division and leaves a trail of destruction in its wake. ‘Deliverance’ is the epic finale and, at seven-and-a-half minutes, allows the band to spread their musical wings and they create a discombobulating soundscape the ends the album on an ominous tone.

If any good has come out of the global pandemic, then it’s surely Portal Tombs. Tough as nails and heavy as hell Mass Worship have taken all the pain and frustration of the past two years and have created a metal masterpiece. 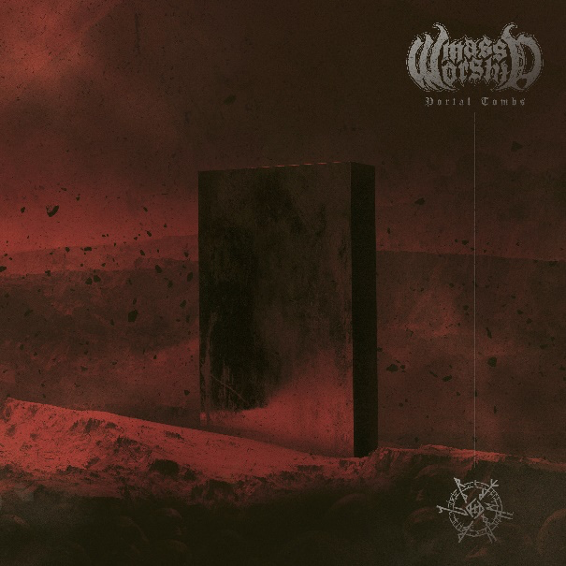