Produced by Tobias (HEAT/Europe) Lindell. Co-produced by, and largely co-written with Jonah (HEAT) Tee. Additional songwriting from Erik Martensson of WET – he’s written for Jimi Jamison, Bobby Kimball, Eclipse and Giant. No question, Martina (Ace Of Base) Edoff’s second solo album adds up to a pretty impressive coalition of CVs. She’s got the voice…elastic, agile, dramatic and powerful when it needs to be.

So, what went wrong? Given all of the above, strangely, it’s the strength of the songs that is the problem. Too many are bland, anodyne efforts, bombastic but hollow. With only a few exceptions, Unity, the album, is melodic rock muzak – hear today, forgotten tomorrow.

The exceptions are the title track, ‘Come Alive’ and ‘I Am Mining’. ‘Unity’ the song was written by Edoff, Martensson and Sten Age (Wigwam/Ammunition) Nilsen. And you can tell. It won’t win a Pulitzer or a Grammy, but it’s clearly the work of melodic rock craftsmen, coated with that lightly polished veneer of grandeur common to the best AOR. The weightier ‘Come Alive’ cuts it primarily due to a grappling hook of a chorus and ‘I Am Mining’, a sweetly satisfying slice of pop metal, bridges the gap between AOR and symphonic rock.

But elsewhere and too often, faceless tracks go past in a quick change parade and evaporate rapidly, leaving not even the most residual of traces. In attempting to make an album that would truly be emblematic of an era, Edoff is let down by a lack of focus on the most important components…songs. 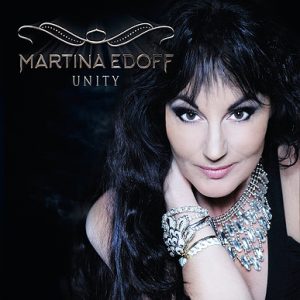 Track List:
Unity
Never Let You Down
World Has Gone Mad
Spirit Of Light
Come Alive
I Am Mining
Love Keeps Turning Away
Moment Of Truth
Sound Of Thunder
This Love Is Crazy