Between 1995 and 2009 Marianne Faithfull appeared at Switzerland’s legendary Montreux Jazz Festival five times. A Marianne show is always a memorable experience so it’s surely an unenviable task in slimming down these five shows for one live set, but The Montreux Years stops at all points along her varied career and makes for overview that’s a totally immersive listen.

Stalking the stage like a hungry cat Marianne Faithfull is the very epitome of cool and she is one of those rarefied artists who actually inhabits the songs she sings and brings them to life. That Marianne has an affinity with the side-lined characters who live inside songs such as opener ‘Madam George’ shouldn’t come as a surprise as her own life has been as equally turbulent and her whisky croak is the perfect vehicle to deliver these songs and her vocals, sounding as if they could crack at any moment, are just like the people of whom she sings. ‘Madam George’ was originally written by Van Morrison, but Marianne takes ownership and it becomes autobiographical; it’s a lonely soul in neon-lit metropolis as the keys fall like rain and the drums are rush hour feet and they conspire to dance around the listener and create a vivid soundscape.

The 1970’s were a period of decline for Marianne’s but when she was reborn it was with the excellent Broken English album and the title track still sounds fresh and vibrant, even 42 years later. It was and album that documented heroin and homelessness and its constant refrain of “What are we fighting for?” is augmented by a band who sway as if a boat on a choppy ocean. Opening wounds and applying salt ‘Guilt’ is another song from Broken English, it’s visceral and in terms of pure emotion it trumps the 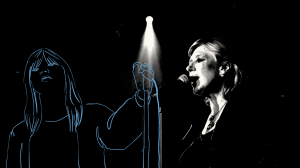 original and is given a funky backbeat by a rotating (but ever reliable) band. ‘Song For Nico’ is suitably grandiose, almost Wagnerian, and plays with themes of guilt, history and sexuality and captures some of the complexity of The Velvet’s chanteuse. From the dark we jump into the light with the deliciously jangly ‘Come Stay With Me’ and it’s a leap that’s made seamlessly and you can hear echoes of this track in the ‘90s baggy scene.

Despite being culled from five different performances The Montreux Years flows smoothly and captures the essence of a live concert; the recording and subsequent mastering is perfect and magically transports you to Montreux. Written by Duke Ellington and made famous by Billie Holiday ‘Solitude’ is delivered in the style of the latter. Billie and Marianne’s lives shared many parallels and ‘Solitude’ would sound perfectly at home on Billie’s Lady In Satin. Throughout this album Marianne holds the audience in a spellbound silence but John Lennon’s ‘Working Class Hero’ rouses the masses, and with a Roger Waters style bassline, it becomes a call-to-arms that mirrors the sound of the proletarian on the march. Capturing the darker side of Weimar cabaret ‘Strange Weather’ is slightly discombobulating with Marianne’s vocals, accompanied only by guitar, sounding stark and sinister which makes the musical fireworks that is closer ‘Why D’ya Do It’ even more explosive.

Released on CD and double vinyl Marianne Faithfull: The Montreux Years provides an experience in which the listener become consumed. Each track is a novella that, while not always an easy listen, is always rewarding. A truly unique album from a truly unique artist. 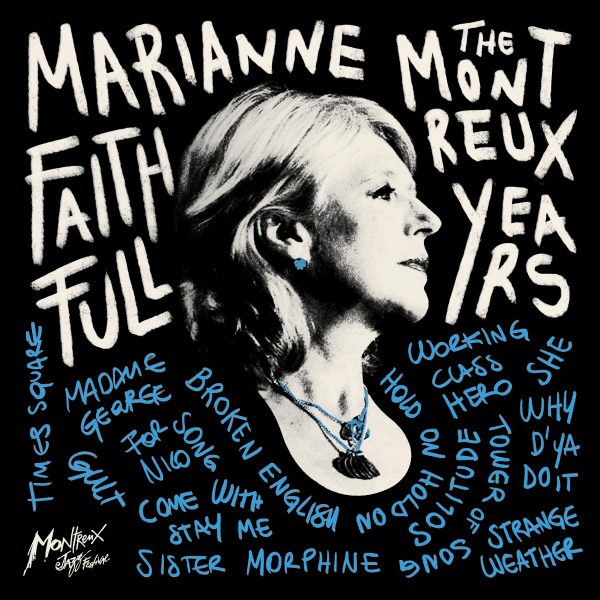