You don’t have to venture far into Rök before you realise that Mara have unleashed another immense Black Metal opus. If the impending soundtrack of doom doesn’t cause your arse fibres to twitch nervously then the first ghoulish cry will certainly send you scarpering for the loo roll.

This is music that comes with the blessing of the devil and is made for the damned. Once the storming opening track ‘Bloodbound’ takes off it pulls you along in its slipstream with blastbeats raining down like shells in the acclaimed Sam Mendes film 1917. The riff chugs along imposingly and the whole euphoric passage makes for a captivating start, even earning a loud squawk of approval from a dead-eyed crow.

With so many strands to absorb it’s even more impressive when you discover that Mara is yet another extraordinary solo act. The Swede responsible for creating this unmitigated soundtrack of annihilation hails from Sweden and the influence of his Norwegian brethren is clear, with Mara inviting comparisons with the likes of Mayhem and Darkthrone to mention just a couple.

Having created a sonic whirlwind from the off, Mara continue to whip things up like a chef on speed with the album’s tempestuous title track. Take cover or this demonic beast will send you flying. The riffage is sharp enough to draw blood, the rhythmic skin pounding almost dangerously exhilarating while the croaked cries, wails and screams suggest the presence of evil is almost within touching distance.

What you don’t have to worry about with this album is being caught between a Rök and a hard place. There are no double measures here. Everything is direct and driven with the bloodcurdling intensity required if attempting to drive a stake through Dracula’s heart. ‘The Path’ ensures there’s absolutely no respite as the cold blast of Mara continues to envelop like a sheet of ice. But while the tempo is fast enough to burn the fur off a cat, there is just the occasional shift in tone that allows Mara to hold your attention without ever relinquishing their ferocious grip on these Beelzebub-blessed blasts. The final climactic charge up ‘The Path’ reveals some aching riffage that completely holds you enthrall, even inducing goosebumps as the strings quiver with tension.

Mara almost mercifully take pity on the listener with a soothing tremolo introduction to ‘Eitr’ and even when the sound builds slowly and confidently around it the same courageous riff fights to be heard as Mara display a seemingly unlikely warmer side to their nature. The extended instrumental intro is given ample time to grow, pulling you under its spell with its pagan powers of persuasion. Eventually though it all proves too much, the Thursian fires reignite and Mara once more drive home their primal power, with the vocals taking on an even more bestial form under a canvas of crushing riffage and demonstrative drumming exhibition.

A celebration of death and sorrow, Mara’s third album is endorsed via Immortal Frost, a clear signal that progress is assured. If you’re still not convinced of the raging qualities within Rök then closer ‘Burial Mound’ should just about settle the argument.

While Vindsval is the venomous centrifugal force at the heart of Mara he is joined on stage when performing live to create the full band. Unfortunately the drummer has recently left. While another skin exponent of the highest order is required to fill the void this temporary aberration is unlikely to halt the march of Mara for long. 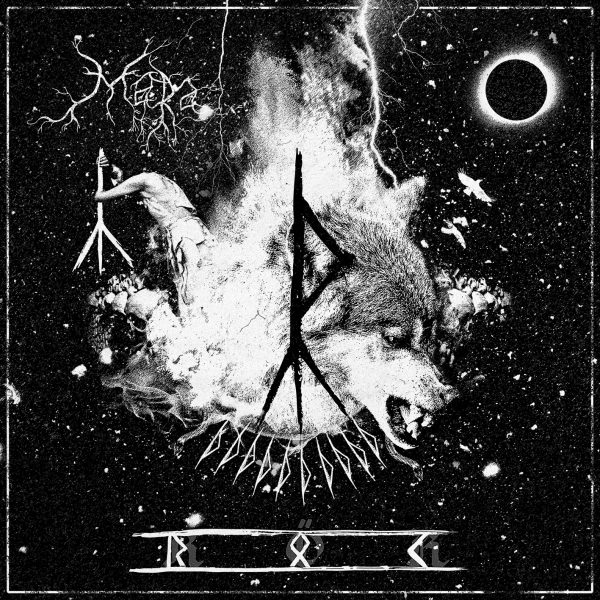