Paul Castles falls under The Spell of Mantar’s new EP, released via Nuclear Blast on March 31 2017

I’ve no idea who the kid is on the cover of Mantar’s debut EP The Spell but I sure as hell wouldn’t want to meet him down an alley on a dark night. On closer inspection I wouldn’t be that keen on meeting him down an alley in broad daylight either!

This three-tracker is a pulsating, albeit brief, raging firestorm of scorched black metal from the German duo that comprise Mantar. It follows on from their second album Cross The Cross that created a favourable impression when it came out about a year ago. Mantar are touring Europe with a recent stop off at the Black Heart in London their sole UK date.

Opener ‘Pest Crusade’ has a mighty chug at its core with the strength to derail a small locomotive. By the time it really kicks in midway through even big locos will be looking nervously over their shoulder. The tempo is quick enough to leave scorch marks on your speakers and yet Mantar manage to violently mix up the sounds in a gigantic metal mixing bowl without spilling a drop.

‘Age of the Vril’ is both slower and darker but steadily builds intensity levels through a moody fuzzed up backdrop. The vocals are again strained, as though being squeezed through a colander, while the drumming rattles with aggression throughout.

The three tracks last only 13 minutes but it’s long enough for Mantar to make their mark and certainly the title track of the Teutonic trio is a monstrous closer, doom like and deadly and the perfect platform for Mantar to showcase their wide ranging aural agility that sounds at various points akin to such diverse acts as Shining and Hatebreed.

The Spell is brief, bloody and bewitching. 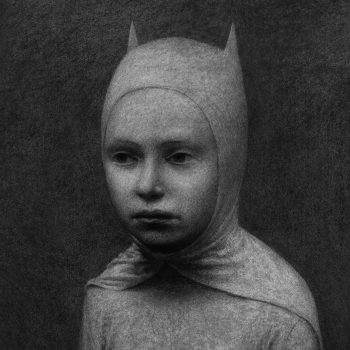