Swedish quartet MaidaVale’s psychedelic/experimental rock is something special. Formed in 2014, their debut album Tales Of The Wicked West released in 2016 and its followup Madness Is Too Pure appearing in early 2018, there’s a distinct blues groove and a grit to their sound that is immediately inviting and captivating. Sofia Ström’s guitar work is coloured with reverbs, delays, and just enough fuzz to give her riffs, her melodies and her lead-work a mystical aura and a drive that is powerful and hypnotic. Driving the grooves are bassist Linn Johannesson and drummer Johanna Hansson, the two of them locked in tight with each other. Much like the great rhythm sections the 70s – Sabbath, Zeppelin, ZZ Top – these two play for the song and bring to the music melody and might. Clearly they both know their way around their respective instruments and could easily steal the limelight at a beat’s notice, but there’s control in what they do, the sense that what they play has been thrashed out to the point where any excess has been shed and what remains is what the song needs. And on vocals, Matilda Roth’s performance is confident and assured, her melodies bewitching and her lyrics hard-hitting and insightful.

Their first time in the UK – tonight being their first time in Birmingham – MaidaVale bring that magic to the stage. But when they walk onstage, pick up their instruments and briefly look to each other before beginning, you would in no way be prepared for what is about to released into the world. When they kick out the jams in this upstairs room, suddenly space becomes relative. This could be a pub, a club, a theatre, an arena, such is the power that this band exudes. Johannesson and Hansson are the engine at the rear of the stage driving the songs ever forward, while at the front Ström shifts the gears. Clad in an orange jumpsuit and barefoot, Roth is enthralling, abandoning herself to the music and letting the dynamics of each song guide her body as she rocks back and forth and side to side and flows in her motions. But there are no egos in this band. This is a collective ego, an entity that is self aware and keeps itself in check by recognising that it is more than the sum of its parts.

On stage, the band are relaxed and clearly bear a distinct confidence in their songs, in their musicianship, and in their collective dynamic, and deservedly so. With lyrical themes that deal with war, corruption, prejudice, madness, and the individual’s role in making the world better amongst others woven into tightly knit grooves that transport the listener back to the 60s and 70s and then blast them into the beyond, their two albums are outstanding pieces of work. And live they are utterly mesmerising. It’s impossible to resist being caught in their musical web. If you haven’t heard the band, check them out because you really should have been here tonight. 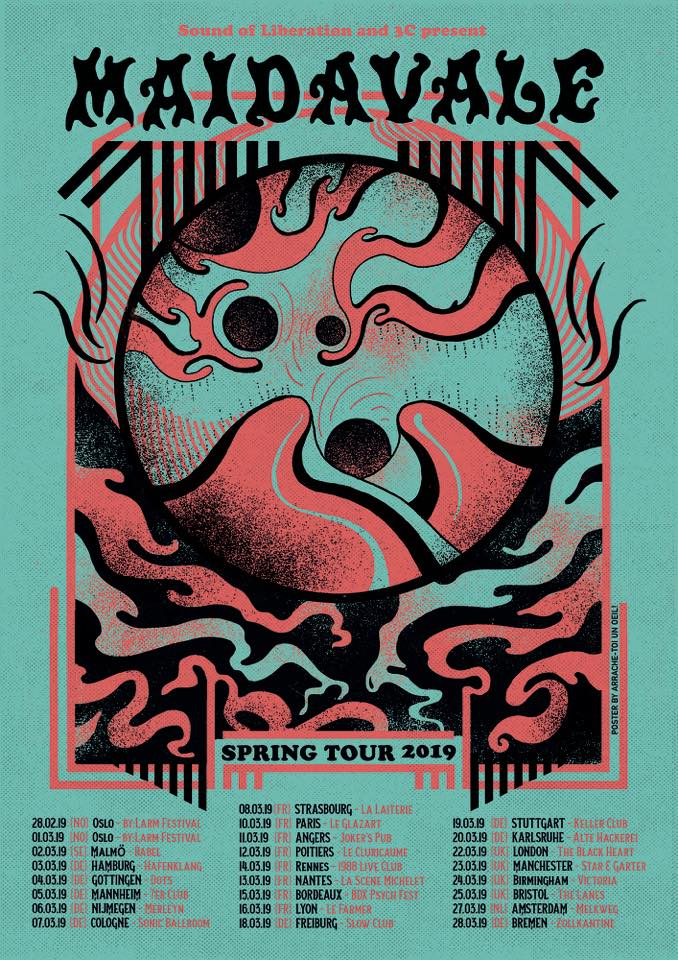