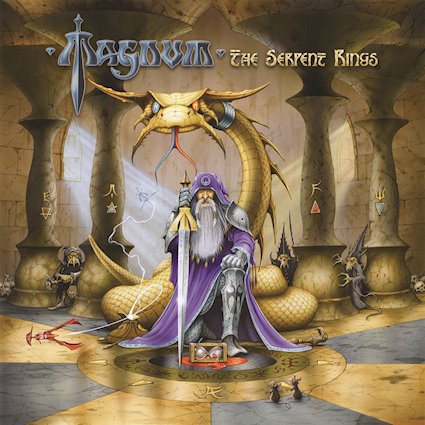 ‘The Serpent Rings’ is an even more inspired and accomplished body of work than 2018’s utterly outstanding ‘Lost On The Road To Eternity’ album, which crashed into the Indie Album Chart at number 1 and the UK national album chart at 15 on release. ‘The Serpent Rings’ contains eleven vibrant new classically melodic Magnum compositions, all displaying a distinctly more powerful, rock-oriented approach than on the album’s exhilarating predecessor.

Hard hitting lyrics perfectly complement the album’s muscular sound on songs such as ‘Madman or Messiah’, which focusses on self – proclaimed saviours. Clarkin reflects; “You have to approach these kinds of gurus with a lot of caution, because in reality they’re taking their followers for a ride and in a worst case scenario even seducing them into performing dubious acts, as the case of Charles Manson in the late 1960s shows.” ‘Man’ is another sceptical number about the underbelly of human behavior; “A lot of what mankind does to Planet Earth is based on greed and insatiability. We destroy nature just to make an even bigger profit, and we are seeing the negative results of that attitude more clearly now than ever before.”

Elsewhere, Magnum’s dreamy, magical side appears on songs such as the title track itself, which inspired Rodney Matthews’ amazing cover art. Clarkin elucidates; “‘The Serpent Rings’ started out as a science fiction story but continued to evolve over time and even features a slightly bizarre side today. I’d describe the song as an eerie and somewhat creepy fairy tale.” 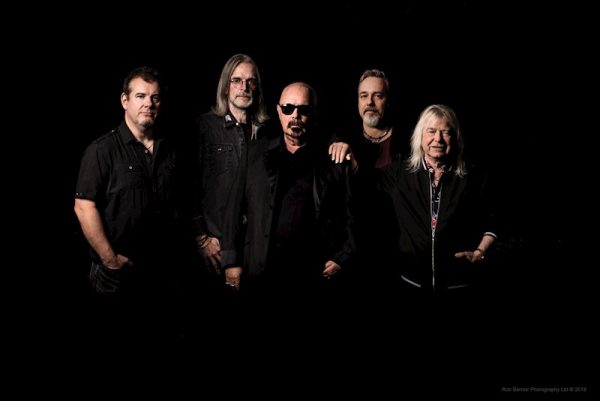 ‘The Serpent Rings’ was recorded with new bassist Dennis Ward (Pink Cream 69, Place Vendome, Unisonic etc) who recently replaced Al Barrow. In explanation of the line-up change, Clarkin states that “Unfortunately, Al had to leave the band because he didn’t have enough time. He lives in the US, which had always caused organizational problems. Tobias Sammet of Avantasia recommended Dennis, who is a great musician and vocalist – exactly what we were looking for. His contribution to ‘The Serpent Rings’ surpassed our wildest expectations. We’re really looking forward to touring with him.”

Magnum guitarist Tony Clarkin, who also produces the band’s albums from the very first demo to the final mix, spent the last two years writing ‘The Serpent Rings’. “As soon as an album is finished I start to collect new ideas” he explains, continuing “that’s how I’ve worked since the early seventies; for me that’s the ideal method. Thanks to our current record company, we enjoy full artistic freedom. SPV understand how important this is to us. We’ve not always been in such a fortunate position. During the eighties, the label we were with at the time wanted us to sound as pop-oriented as possible because they hoped for better album sales. I used to hate that, despite the success we had.”