Debut albums are often a bands benchmark. They define a band, introduce them to an unsuspecting world. They contain a set of songs which have been written and refined and road polished for years. Many bands never surpass that raw hunger and feral edge of the debut, or indeed ever even record a follow up. All of which would be a pity for Magnet as this shows signs of talent but has a long way to go.

So, who are Magnet I hear you cry. They’re an Italian four piece led by Riccardo Giuffre, the bassist with Psychedelic Witchcraft, who, on this occasion, handles 6 string and vocal duties. And, rather than Witchcraft’s doomy, erm…psychedelia, we here have a more retro, blues rock vibe going on.

A brief hum of amps heralds the arrival of opening track ‘Buried Alive With Thee’ and we’re into a mid-paced NWOBHM style riff with a nice solo and a side order of Hammond organ. All the pieces of this psyche jigsaw are in place but…it just feels a tad lifeless. A vegan Deep Purple. Perhaps it’s just the production, which, to these ears is a bit muggy, the drums in particular sounding very tinny.

And it doesn’t improve, it almost sounds like a demo recorded in a bedroom. The bluesy inflections of ‘Ouroboros’ fall flat while the vaguely flaccid strumming does not sound like a band of hungry oiks aiming to conquer the arenas of the world. In fact, they sound like they cant really be bothered. Having said that the song does pick up during Guiffre’s laid back, Floydian solo.

Indeed, it’s the solos that save this album. Riccardo is a gifted guitarist and it is during his spotlight moments that the rest of the band appear to wake up. It’s trippy, it’s psyche, it’s groovy but it’s nothing we haven’t heard before. It’s anaemic, lacking in bite and snap. Poorly produced debuts can win you over with classic songs and fiery performances (The Clash, step forward) but this album lacks either. There are hints of prog, biker and even funk but it’s all to no avail.

However, the album does have a late flurry of energy. The title track has a bit of life to it and shifts gears nicely, stopping dead and moving into a mellow, bucolic solo (a la Peter Green on Mac’s ‘Oh Well’), while powerchords and a groovy solo breathe life into ‘Satans Daughter’. The album ends with ‘Magnets Caravan’…and you know what this is going to sound like. The acoustics, bongos and Ozzy inflections actually work well.

But, for me, it was too little too late. It’s a very straightforward retro rock thang – everything you’d expect is in there, it just lacks anything at all outstanding – in particular energy or commitment. So, less of a fire we’re feeling and more of a battery-operated fake plastic candle that you get in Home Bargains. 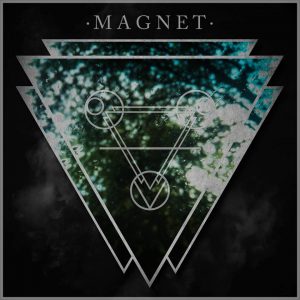