November 12th – “The New Endings”: new EP ‘The Beginning Of New Endings’ performed live, and a set from the band’s repertoire (buy tickets)

November 14th – “Don’t Mind If We Do”: a set of Madina Lake’s favourite songs (buy tickets).

All shows will be streamed live on www.veeps.com and start at 5pm EST (10pm BST, 11pm CET). Tickets cost $15 per show, or $35 for all three, or fans can purchase a $60 bundle that includes all 3 shows plus a t-shirt and an 8-person group Zoom chat with the band, as well as other assorted merchandise and the EP on vinyl. 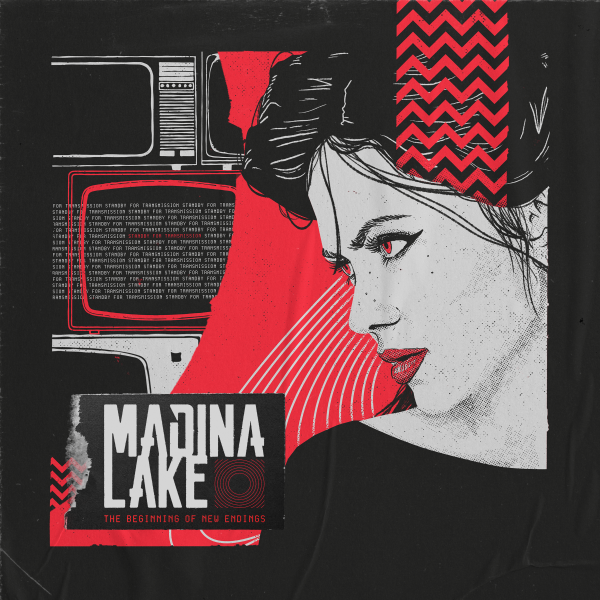 After a long hiatus, in April 2020 with the world locked down amidst a global pandemic, MADINA LAKE suddenly unveiled a ferocious new single, ‘Playing With Fire’. It had been nine years since the release of their third album, ‘World War III’. Since then, the charismatic band have been steadily releasing music, sharing a new track periodically until the EP’s release, which has been pushed back due to vinyl manufacturing delays to a release date of September 25th. Meanwhile, fans can pre-save closing song ‘Tiny Weapons’ (out Sept 25th as a standalone single and as part of the EP) here – and those who do, will receive the ‘Love Is War’ video too. The EP has been produced by the band’s own Mateo Camargo (guitar, programming). 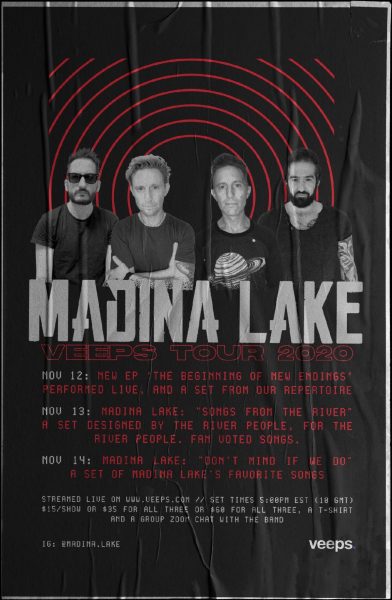