The Skynyrd Nation were out in force for the final UK Arena show on what was slated to be the final tour by Lynyrd Skynyrd, Jacksonville’s finest and true Southern Rock Royalty.  And for the band that sang loud and proud about Birmingham, Alabama it was somewhat fitting that the show took place here in Birmingham, England. The Midlands Rocks team were scattered around the Arena, including some amongst our number who saw the Ronnie Van Zant fronted band at Birmingham Odeon all the way back in 1975, and we were all in agreement that Skynyrd went out with a bang.

Before the main event Lancashire’s Massive Wagons opened the show and got a strong reception for their high energy, blues flavoured rockers. Frontman Barry Mills made full use of playing to a larger crowd and his on stage antics and screeching voice evoked memories of Noddy Holder in his 70’s prime, notably on “Back to the Stack” a Piledriver inspired boogie that serves as their reverential homage to the late Rick Parfitt. Special Guests Status Quo are themselves no strangers to farewell tours; we had End of the Road in 1982 and Last Night of the Electrics a few years back and yet here they are again and this time with a new studio album (Backbone) due in a few weeks’ time. Suggestions that Francs Rossi had lost interest in Quo and the band were simply going through the motions proved unfounded as they delivered a solid 60-minute set of old favourites and a couple of new songs. Rick’s vocal parts are now covered equally between Rhino, Andy Bown and Richie Malone and the latter delivered a terrific “Mystery Song”. Rossi is still content to wind up the crowd and the closing trio of “Down Down”, “Whatever You Want” and “Rockin’ All Over the World” had everyone living in the moment. 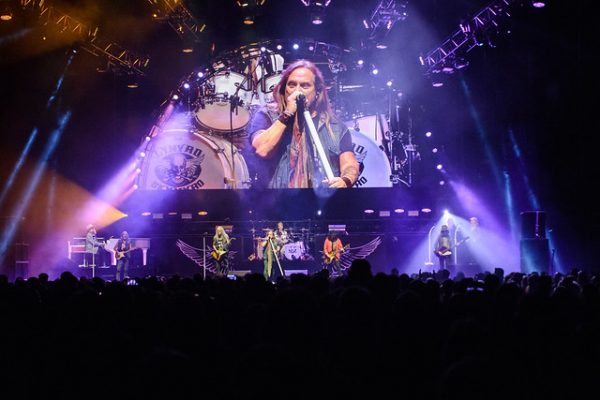 Gary Rossington, Johnny Van Zant and numerous Skynyrd alumni have been waving the confederate flag for the past thirty-odd years, both paying tribute to the original band and bringing the music of Lynyrd Skynyrd to new generations. The addition of Rickey Medlocke back in the 90’s proved to be a masterstroke and the Blackfoot frontman relishes his lead role as part of the Skynyrd front-line, still performing with a fire in his belly and the energy of a man half his age. If this is truly goodbye for Skynyrd then it would be good to see Rickey take Blackfoot back on the road. Rossington is a more restrained figure, content to let his bandmates take the limelight and yet still excelling during the triple threat guitar interplay between himself, Medlocke and Mark Matejka. 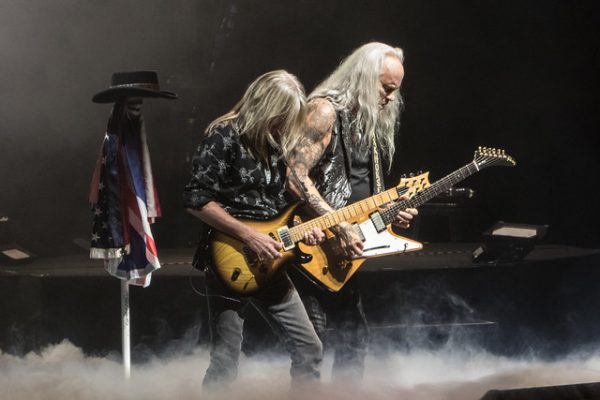 The Skynyrd set list pretty much writes itself and every song was present and correct; explosive opener courtesy of “Workin’ for MCA”, whiskey-soaked rockers (“That Smell”, “Saturday Night Special”), huge ballads (“Tuesday’s Gone”, “Simple Man”) and the two iconic moments to close the show that ensured no one left disappointed. Over the years Johnny Van Zant has played his role to perfection and tonight was no different; both in preserving the legacy created by his brother and performing the songs with power, passion and one hell of a voice. Eventually they reach the final two songs and during “Sweet Home Alabama”, no matter how many times you hear it, there is always something poetic about hearing the Southern rockers admonish Neil Young. There was no early rush towards the exits and car parks, everyone wanted to hear “Free Bird” one last time and when Van Zant left it to his brother, appearing on the video screen in archive footage, to take over for the second verse it made for the perfect parting gesture. So long then Lynyrd Skynyrd and thanks for all those great memories. 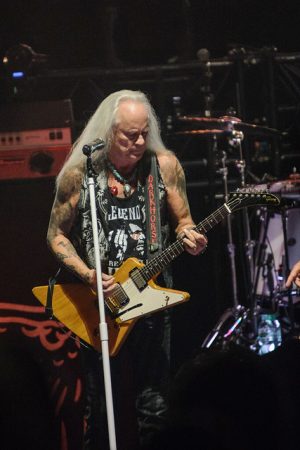 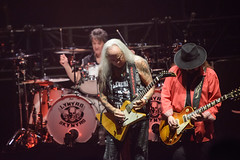 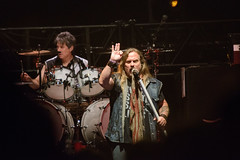 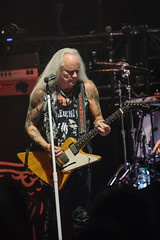 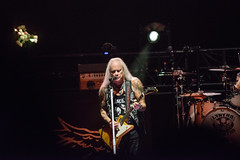 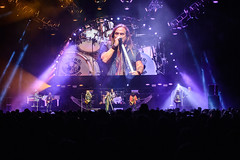 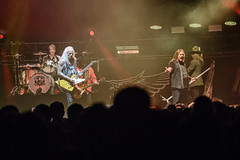 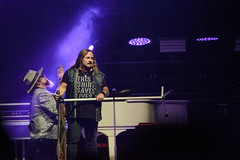 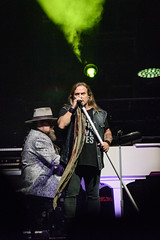 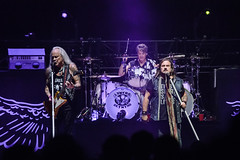 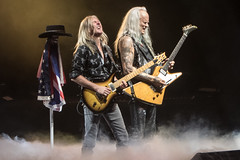 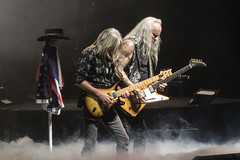 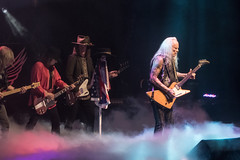 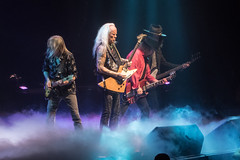 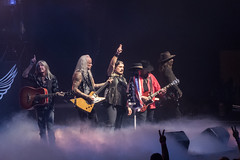 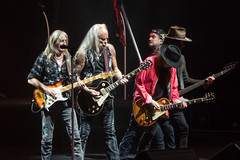 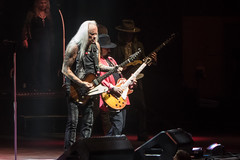 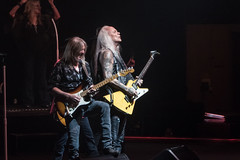 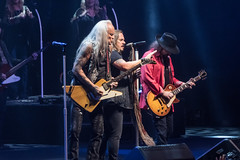 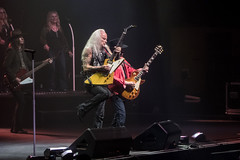 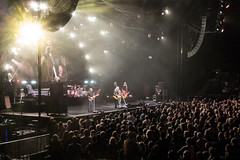 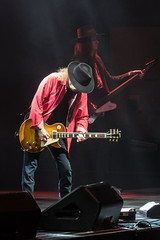