Prepare to meet thy gloom…

If the sound of gloomy monastic chants layered across an insufferable dirge of distortion stirs your inner juices then you’re in for a treat. 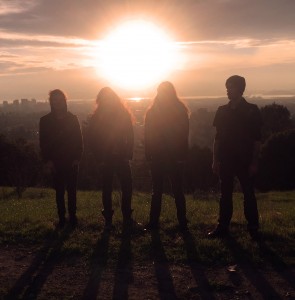 Lycus have delivered a new album called Chasms and its quartet of downbeat downtuned drones are guaranteed to clear the dance floor of your local church hall wedding quicker than a mouldy bowl of coleslaw at the buffet.

Obviously for those who prefer to loiter in the shadows immersed in a cloud of sunken doom beats then this 45 minute experience will be rewarding in the max.

The opening sprawling track, ‘Solar Chamber’, is an immense 10-minute torture ride of a song in which the weight of the ancient gods feel as though they’re descending upon you, slowly pushing you further into a bleak and sorrowful hole from which all light gradually ceases to penetrate.

The heaviness is consummate, a giant barrel shedding its load covering you completely in a brittle and dank veil of putrid finality.

And don’t expect the mood to change on the second song, even longer at 13 minutes, and the title track. ‘Chasms’ is another monstrous bowl of porridge but far less easier to digest. There’s no sweetener here.

It’s full on, as bloody and painful in its execution as some kind of animalistic savagery carried out in unseen swamps from which nothing good ever comes, and only the most uncompromising and primal survive.

Lycus are not content to give us doom alone, this is the even less engaging league of the genre, best described as funereal doom. Even at a funeral there’s the occasional friendly nod and moment of humour thrown up in memory of the dearly departed.

Lycus prefer not to even give us that token of warmth and generosity of spirit. The oppression is punishing, the beatings barbaric and the climax unflinching in its brutality.

Although doom has probably never reached as wide an audience as it does today, Lycus came of age almost 10 years ago when this form of metal was still so far underground that only moles and badgers were able to express their support for the somber Sacremento crushers.

As is the way of these things, the band’s revolving door saw more shuffles than a casino croupier, but when Lycus climbed back out of their crypt for another stab at things it was in the California city of Oakland.

Founder members Trevor DeSchryver and Jackson Heath set about restoring Lycus as serious performers and the approval their 2013 album Tempest received suggested this was a wall they had successfully scaled.

Subsequently signed by Relapse Records, Chasms is the earth shaking follow-up to Tempest and an epic masterpiece that will be taken into the bosom of all funereal doom disciples.

‘Obsidian Eyes’ is another sustained surge of monolithic grief pounding relentless, albeit steadily, as the demons are released as every subsequent beat and slovenly riff create a composition of unbridled despair.

Solitude, angst, death – Lycus have all of these, plus more – what else do you want? 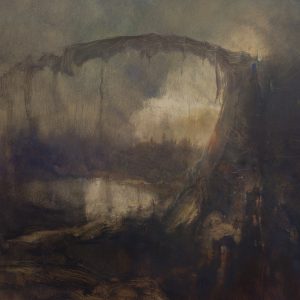