It feels like absolute ages since Lords Of Black released their astonishing album Alchemy Of Souls Pt. I and I had the pleasure of speaking to their guitarist and songwriter Tony Hernando. All it was, however, was just over a year ago!

During this time, so much happened while they were busy preparing the second part of Alchemy Of Souls. Their very own Ronnie Romero shot out into pretty much intergalactic fame working with, to name a few, Adrian Vandenberg, Magnus Karlsson’s Free Fall – We Are The Night and Michael Schenker Group. I had the absolute delight of interviewing him about the intriguing detour he took from progressive metal with Bulgarian art rock band Intelligent Music Project. While that is a brilliant and very meaningful project, somehow it feels like he is back home now, back to his original band, with a much expanded in the meantime impressive portfolio. Just as before, the band and Ronnie are a match made in heaven: together, they deliver yet another stunning mega set, Alchemy Of Souls, Pt. II.

No superlatives could possibly be enough to describe this album. The guys know what they are doing, and, boy, are they fantastic at it! After their third album, it was hard to believe that they could get any better, yet they can: deeper, darker, more complicated and just as brilliant. Although not all tunes are as catchy as usual, it is clear that Tony Hernando has sharpened his song-writing tools and absolutely exceeded himself, taking his music onto another level, one of maturity and confidence. From now on, he has huge shoes to fill: his own. And Ronnie Romero…what can we say? No words will do him justice, for he is a phenomenon in his own rights.

You know you are in for a treat from the word go, with the brilliantly measured start to the album. It feels as if this is the start of a theatre performance waiting for the curtains to open, and the brief pause into track number two marks a tasteful start to the main act. You will notice, after the classical introduction, that the first song sounds darker than Lord Of Black’s usual stuff. Moving on to ‘What’s Become Of Us’, one could find a gentle reference in the intro to an older track, ‘World Gone Mad’ from Icons of The New Days 2018. With its catchy tune, this will definitely be one of the favourites of this album. No wonder this is one of the videos chosen by Frontier Records to be launched on YouTube prior to the official launch of the CD.

With ‘Bound To You’, you’ll feel that now we are talking: the band is in full force with the kind of music we love them for. This strong multi-layered track has a good melody, internal development and faster beat, as well as clever use of keyboards, courtesy of Mr Hernando.

The album does come across as part of a bigger project rather than a standalone album, which is particularly noticeable in ‘Before That Time Can Come’, where the acoustic piano section is directly talking back to the track ‘Alchemy of Souls’ from Part I. From the first distinctive notes of this fantastic intro, it is evident that the album is in full swing and delivering exactly what one would expect from this album yet moving on to darker and heavier territories with the next track, ‘Mind Killer’, still melodic and in line with the band’s stylistics. You could actually hear a hint of Metallica’s Black Album excellence here, as well as some very powerful lyrics.

A signature track to flag is ‘In A Different Light’ with its perfect structure: starting off with a guitar solo, promptly followed by bringing in drums, to then fully blow off in a steady head banging rhythm with some delicious riffs, eventually losing it in a pretty much thrash metal section, to be yet calmed down by another elaborate guitar riff taking over. The contagious main melody from the guitar riff is what Tony Hernando is just so good at. And when you think you’ve got the grasp of what this album is about, there comes ‘Fated To Be Destroyed’, taking a new direction, mixing good old trash metal elements into the main melody. This logically leads us towards ‘No Hero Is Homeless’, evidently head banging thrash metal. And, again as if to show that they know how to keep us on the edge and surprise us, ‘Sympathy’ may get you confused, checking to make sure you haven’t by accident switched to another band. Lords Of Black are paying tribute to the classics here with the completely different style of this song, where you will hear the ghosts of Uriah Heep and, towards the end, Yngwie Malmsteen’s. The first and final sounds of the track remind you of putting a vinyl record on and taking it off the turntable, to make it even more authentic. Just because they can!

To say that Lords of Black have found their voice in the rather crowded progressive metal world would be the understatement of the century. And, as much as it hurts me to compare any band with my number one icons Symphony X, it is indisputable that Lords Of Black are at that level.

Where do they go from here now that they seem to have reached the top? I am sure they will find a way to prove that you can always be a better version of yourself, but for now, let’s enjoy this masterpiece. 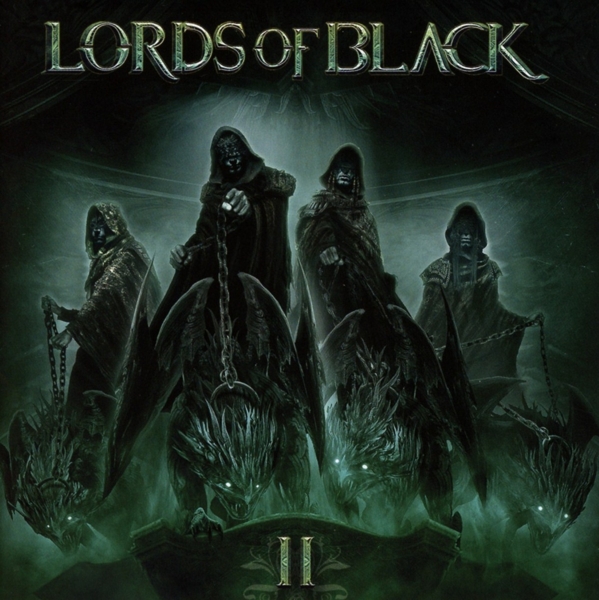