Lizzard’s first full length was a collection of well-written songs performed by three adroit musicians with a penchant for the likes of Tool and Deftones. As with early releases by most bands, their influences tended to dominate rather than influence their sound, and so while far from being a bad album, 2012’s Out of Reach (reviewed here) didn’t quite give the world an absolute sense of who they were. The band’s strengths could be heard across that album, but in parts here and there rather than as the whole. Two years later and it appears that with their second album, Majestic, Lizzard have grown significantly.

While opener ‘Vigilent’ retains the riffs and the rhythms of 90s alt rock/metal that made up their debut, it’s with ‘Aion’ that the album begins proper. With William Knox’s coolly complex bass-line underpinning the impressive vocal harmonies and the subtly textured groove laid down by guitarist Mathieu Ricou and drummer Katy Elwell, from here on in, Lizzard sound more like the band – like the innovators – that they should have the first time around. With prog-like atmospheric passages woven into their distinct groove-based sound, tracks such as ‘Bound’, ‘Only One’ and closer ‘Falling In Zero’ emphasise the dark and light side of the band’s sensibilities. Where the Deftones-esque ‘Just a Breath’ is juxtaposed with the affecting acoustic work and the Karnivool-esque vocal melodies and harmonies of ‘Circles’, ‘Reminder’ stands alone as a track as powerful as it is rich in riffs and absorbing melodies. Compared to Out of Reach, this album’s range is more dynamic, its structures are more complex, and its feel is much more instinctive.

Since 2012’s Out of Reach, Lizzard have spent a lot of time developing their strengths and have produced an album where they shine a lot brighter than they did two years ago. The influences are still apparent but this time, they tend more to serve rather than lead the music, and like the album, for a trio, they sound so much bigger than their individual parts. Simultaneously ambitious and sophisticated, Lizzard have made many a huge step in the right direction. Well worth your time. 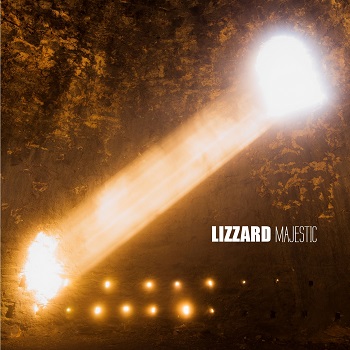