Back in the late ’80s and early ’90s in a time well before the internet, we were reliant on Tommy Vance’s Friday Rock Show or Kerrang to push new music our way. One such band that piqued my interest back then was Little Caesar. Hailing from LA, they looked every bit the part of the typical hard rock band with the tattoos, leathers, motorbikes. Musically they didn’t disappoint and the additional soul influences helped set them apart. They were exactly the type of cool band you’d want playing your local bar, and by the time they hit the UK, including a date at the Bulldog Bash, promoting their second album for Geffen, Earl Slick was in the band and things were looking very interesting. Of course, the media was just about focus all attention on grunge and the record companies followed suit with the shift from LA to Seattle. Little Caesar became a casualty. Thankfully the story didn’t end there and after a hiatus of a decade Ron Young reformed the band for the new millenium along with guitarist Loren Molinare and drummer Tom Morris who remain in the and today.

With the history lesson over, what do Little Caesar have to offer in 2018? Quite frankly, a hell of a lot. Unfortunately with the Beast From The East bearing down on Bilston, attendance suffered a little but those that were there were treated to an unrivaled and passionate performance of top quality rock n roll. To kick the evening into shape they start off by going back to their debut album with a belting ‘Drive It Home’ – a pumping rhythm, L.A. hot rods and watching Loren Molinare leap around successfully turn up up the heat inside.

Another couple of oldies with ‘Rock N Roll State Of Mind’ and ‘Hard Times’ set the scene before the first of a couple of new tracks. With the new album, Eight, on the horizon we get to hear the first offering from that with ’21 Again’ It’s a stonking track with big riffs and a monumental groove proving that they still write them like they used to.

From the filthy low down groove of ‘Dirty Water’ to the ball out rock of ‘Stand Up’, the quality doesn’t let up, and Ron Young’s gritty soulful vocals do indeed stand up very well. Also throughout the show Young is genuinely sincere when he thanks everybody for coming and being part of the show. Special mention must also go to Tom Morris whose Abraham Lincoln/Aladdin Sane mash up T-shirt must rate as one of the coolest shirts of the year. 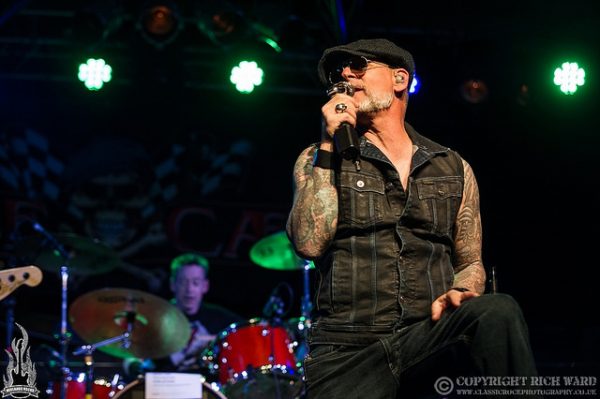 Things are slowed down a little for ‘In Your Arms’ with bassist Pharoah Bennett adding harmony vocals as the song develops and weaves in and out of a stripped back cover of Creedence’s ‘Proud Mary’. This follows with a high octane take on Merle Haggard’s ‘Mama Tried’ (also featured on the forthcoming album). Mark Tremalgia tears a blistering solo on ‘Rum And Coke’ before heading into some tight interplay with Molinare before the main set ends with ‘Chain Of Fools’.

A four song encore including ‘Cajun Panther’ and ‘Nobody Said It Was Easy’ round off a superb evening of bluesy, sleazy, soulful and dirty rock n roll. Little Caesar are still that band you want playing at your local bar, and long may they continue. Let’s hope it’s not too long before we see them again.

Encore:
Cajun Panther
Nobody Said It Was Easy
Straight Shooter / Every Picture Tells a Story

See our review of the Eight here 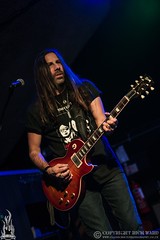 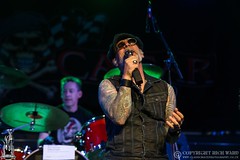 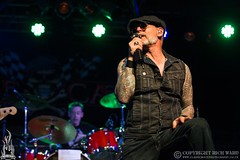 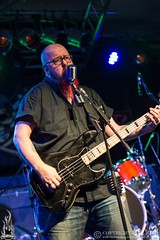 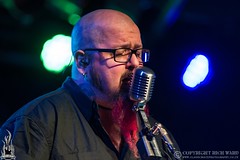 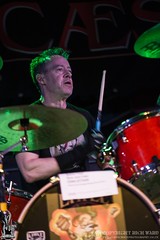 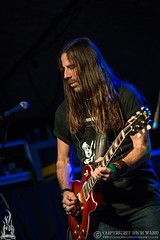 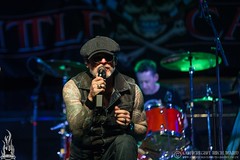 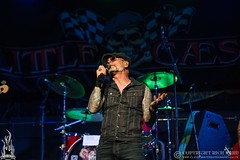 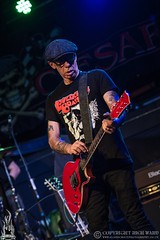 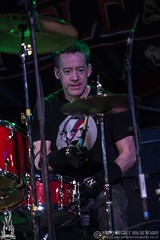 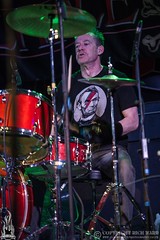 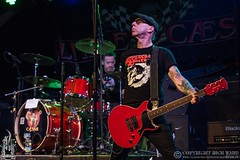 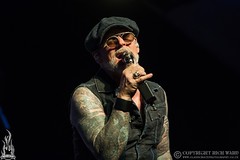 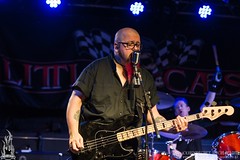 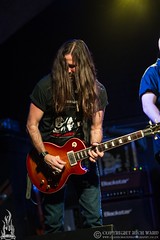 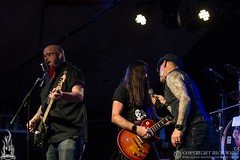 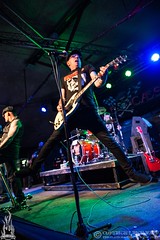 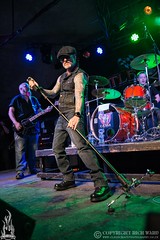 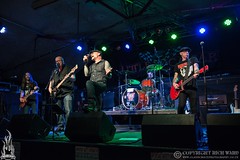 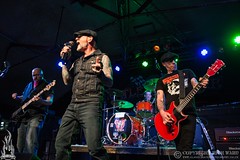 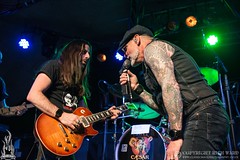 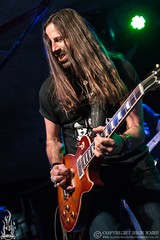 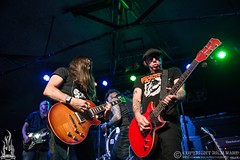 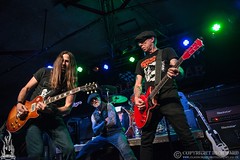