Headquartered in Denmark, Lions Pride is a comparatively new music label, specialising in hard rock. Usually, a fledgling label’s eagerness to get product into the market results in questionable quality control decisions. This hastily compiled debut release was a faltering first step, but subsequent releases have undercut that convention. Over the next five days, Brian McGowan, our intrepid reporter, grabs a few old krones and fills us in on four of the label’s releases.

There will be four more releases covered next month, when Gary (Zen Doom) Cordwell will thankfully add some class and professionalism.

This was the Lions Pride label’s opening salvo. A clumsily titled compilation album, a potboiler for some artists, a return from relative obscurity for others. The Marcello/Vestry pairing launches the album into a pleasant, eighties centric orbit with the massively-derivative-but-who-cares, ‘What You Wanna Be’, setting out the label’s stall with a flourish. Disappointingly, that initial momentum is lost by giving over the next five tracks to Matti (Skintrade/Jagged Edge) Alfonzetti, one as performer, the others as writer. None rise above workmanlike, suggesting this is material scavenged from the cutting room floor.

It’s largely left to Paul (Danger Danger/ Dark Horse) Laine, Stephen (Snakes) Berggren and Rich (Sic Vikki) Cox to save the day. Berggren’s self penned ‘Without Your Love’ (performed with Snakes In Paradise) stays on the bluesy side of bland, with the vocalist attractively resurrecting his Coverdale persona, while Cox’s skewed spin on pop with a rock’n’roll narrative works hard to get under your skin… and succeeds. It’s Laine’s ‘Another Me’ that probably deserves the real acclaim… a garage built, post grunge, skater boy knockoff that displays an alarming sense of self awareness. The track deserves our plaudits for daring to be different…it doesn’t quite fit into the lexicon of melodic rock that shapes the compilation, but it’s head and shoulders above the rest. 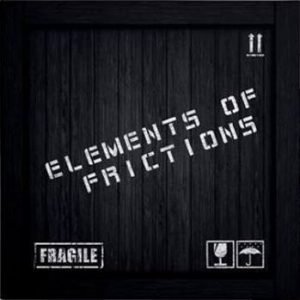