Reviewed by Brian McGowan and reissued by Rock Candy Records in July 2017.

There’s a restlessness in Lillian Axe’s self titled debut (1988). You get the impression of a band too good for this place, paying its dues to the MTV Generation. Ron Taylor’s vocals were not particularly distinctive but were a perfect fit for the genre. Steve Blaze’s measured guitar heroics, interlaced with melodic keyboards, add bite and sting as well as fills and thrills to riff driven songs, like ‘Vision In The Night’ and ‘Inside Out’ – both major chord stompers with fist pumping, crowd pleasing choruses.

At a time when every chart success seemed cliched and derivative, producer, the late Robbin (Ratt) Crosby, does a persuasive job of matching style with substance, and occasionally, something happens which marks the band out as something special. Songs like ‘Picture Perfect, ‘Dream Of A Lifetime’, and perhaps ‘Misery Loves Company’ (some trite lyrics aside) try hard to transcend the pop metal conventions of the time, hinting at an as yet untapped ability to provide a cultured alternative to the cool indifference of the MTV age.

A year later, having escaped the gravitational pull of studio expectation, the band took aim at a level of sophistication not normally found in the genre, with follow up album, Love& War (1989). Amidst a muddy morass of copycat bands, Lillian Axe shone like a diamond, admittedly rough cut in places – ‘She Likes It On Top’ is reminiscent of Mott The Hoople’s rollicking glamrock anthems. But gleaming brightly in others – ‘Diana’ is swept along on a gorgeous rush of pop positivity. And no doubt attempting to stay in the label’s good books, at a time when the FM airwaves were thick with pop metal moments, the jangling, strutting ‘Down On You’, and the declamatory arena rock of ‘Show A Little Love’ stand out like oases of melody in a cacophony of noise.

A bolder, broader sense of drama arrives with ‘The World Stopped Turning’ and ‘Ghost Of Winter’, both dipping their collective toe into the atmospheric textures of Savatage like rock opera. It was the kind of thematic, pocket symphony approach familiar to Progrock fans, but an alien concept to your pop/hair metal aficionado, and as a result, the album found it difficult to gain traction on relatively unfriendly terrain.

The remastering is handled with the kind of TLC we have come to expect from Rock Candy. And when you add in lengthy, well informed liners and newly published pics, the overall package is hard to resist. 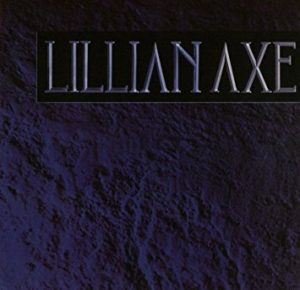