Formed in Raleigh, North Carolina in 2016 Lightning Born are something of an underground “supergroup” (although I’m sure they’d hate me calling them that). Each of the four members play in markedly different groups and subsequently brings something of their musical lineage to the project and the resulting eponymous debut album is a doom album of monolithic proportions that successfully flirts with other genres.

Opening with a humongous riff that wouldn’t be out of place on Volume 4, ‘Shifting Winds’ is a perfect exercise in metal. Suitably down tuned and fuzzy the doom laden guitar is weighed down with some punchy drumming and some tortured vocals ensures that Lightning Born contains all the right ingredients. Taking their musical cues from birth of heavy metal (Sabbath are an obvious influence) but the band also capture the essenceof that era, it’s that sinister moment in time when the Woodstock hippy dream turned into the Altamont acid trip nightmare. Next cut ‘Renegade’ ups the pace, it’s a furious slab of metal powered by drums in that tight-but-loose style as perfected by Bill Ward with some neat time changes that suggest an almost jazz sensibility. Vocalist Brenna Leath also sings for punk band The Hell No but Lightning Born allows her to reveal another facet of her voice and on ‘Silence’ the words have a bluesy tinge which provide a nice foil to the fuzz drenched guitars. Confidently commanding the song she is, along with Chantele from Vodun, a prime example of why we need more female vocalists in doom, and you couldn’t make a better argument than ‘Silence’.

I hope my referencing classic rock hasn’t given the impression that Lightning Born are mere copyists because they’re far from it. Sure they wear their influences on their sleeve but there’s also a contemporary edge to this album and that’s primarily due to the lyrics. Largely avoiding the usual sword and dorkery fayre the songs tell of universal themes of revolution, brotherhood and morality making the band unique in the genre. ‘Salvation’ is the kind of tune that’d be equally at home in a sweaty club or festival field as the killer riff resurfaces periodically and fires up like a Triumph Bonneville.

The production on Lightning Born is a real boon and, by placing all the instrumentation on an equal footing, the album has a unified, cohesive feel. It’s great to hear the drums prominently in the mix, especially when played by a drummer as good as Doza Hawes, and he brings his busy, circular style from his band Mega Colossus. Bassist Mike Dean (Corrosion of Conformity) needs no introduction and ‘Out For Blood’ is the perfect vehicle for his unmistakeable style. ‘Power Struggle’ features some fine guitar from Erik Sugg (Demon Eye) and reminds me of Budgie with its groove metal swing and the doomy mid section, with its tortured vocals, is a good use of light and shade and makes the rockier riffs rock harder. In an album that is constantly shifting gears ‘Oblivion’ crawls, sloth-like before the adrenaline charged ‘Wildfire’ has an almost NWOBHM feel and powers forward like early Saxon at their most effervescent.

The monolithic brutalism of ‘Godless’ brings the album to a fitting conclusion and succinctly brings all the bands elements together. An epic 7 minute track it finds the group confidently flexing their musical muscles; a song of several sections it ends as we began with that classic Sabbath stomp. In Lightning Born the band have created an 11 track monster and, with a rare chemistry, it must be temping to undertake this project full time. 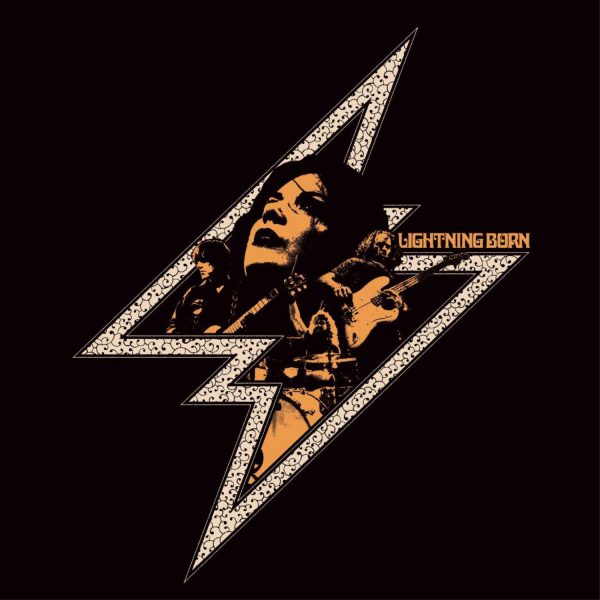