Sunday night at The Robin now seems to be almost a tradition in Midlands Prog circles, and this was the first such Sunday gig of 2016, an interesting double bill of Lifesigns and The Room. It has to be said that even with bills as enticing as this, other prog gigs have been, shall we say, prone to being under-attended, but perhaps the Midlands Progerati have been on short rations for a couple of months, as it was a very decent size crowd that mustered in The Robin for this gig, which was good to see.

At the time of the gig I couldn’t remember if I’d encountered The Room in the live environment before, but on this showing I’ll try to make sure that it’s not the last. I’d anticipated a straightforward progressive rock band, but what impressed me was that they often had a more melodic hard rock edge to their work, unlike so many other bands who sound as if they’ve listened to little other than early Genesis and Fish-era Marillion. They even had an interesting take on the power ballad, with ‘Screaming Through The Noise’, while still managing to introduce a strong Prog element, with different moods and some excellent instrumental passages. The set was a nice balance between older songs and newer material from their new album, Beyond The Gates Of Bedlam, all of which went down really well with the crowd, even managing to get something of a singalong started during set closer ’16 Tons’. Good band, well worth seeing again.

Lifesigns are becoming regular visitors to the Robin, but this would be their last show for a while as they now bow to the task of writing and recording a new album. The set opened with one of the band’s signature tunes and what has become something of a traditional set opener ‘Lighthouse’, which starts slowly with drummer Frosty Beedle leading the way and the band building the track slowly, piece by piece, laying on vocal harmonies, until it builds to a big finish. The second song, ‘Telephone’, followed the same pattern, built on Beedle’s drums and the slapped bass of Jon Poole, as funky an intro as you’ll hear in Prog this year, before the whole track develops into something very Saga-like (The band not the insurance company, I hasten to add). Incidentally, in case you were in any doubt as to the kind of gig you were attending, the opening songs together lasted over 20 minutes, but it has to be said that at no time did they ever drag, or drift off into directionless noodling or whimsy. Everything was taut, focussed and excellently played. 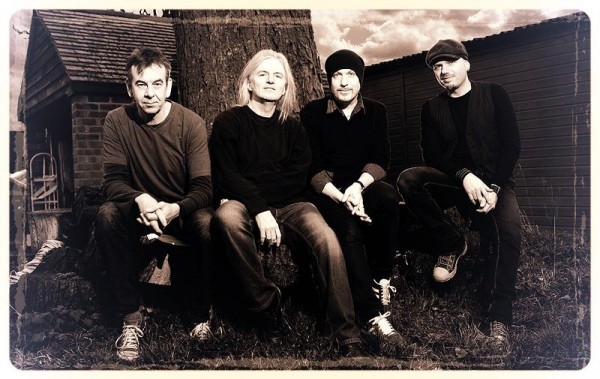 Citing a lack of whimsy doesn’t mean it was humourless, however, there were any number of lighter moments, with the band’s sense of humour often coming through, not least in John Young’s stage announcements. One song was begun with the band attempting to get the crowd to clap in the intro, only to have the process completely derailed by Frosty Beedle changing the beat to something far more exotic than a straight 4/4. John Young also has a nice line in anecdote, one about the late Alex Harvey went down particularly well. The band also managed a neat symmetry in the way the show was put together, with the two Prog epics that opened the show being mirrored by two more to close it, the brilliantly titled ‘A Fridge Full Of Stars’, followed by one the band’s most popular tracks, ‘Carousel’.

Overall it was a pretty enjoyable set, although there is now a real need for some fresh material in the band’s set, as a lot of this set mirrored what we saw from the band at the same venue in early 2015. The other factor I couldn’t help but note is that for all that it’s well-played and well-written, sometimes Lifesign’s music lacks a distinct sound. John Young is a decent and capable singer, but he doesn’t have enough of a distinctive voice to give the band a really identifiable and individual identity and as he is anchored behind his keyboards, it could be argued that the band also lacks a visual focal point, for all that Jon Poole bounces around the stage, throwing some particularly extravagant shapes. There are the occasional moments, such as the comparatively brief and direct instrumental ‘Kings’, although it’s perhaps significant that this track comes from Young’s John Young Band days, which was sounded quite Dream Theatre like.

As I said, the band now go into the studio before returning to the live arena at The Ramblin Man festival in July hopefully with some new music to unleash on the world.