30 years is a long time in any business, let alone the topsy-turvy world of punk rock, but Florida’s Less Than Jake have survived with their integrity and sanity (allegedly!) intact. The band released their 9th studio album, Silver Linings, back in 2020 and it now gets the deluxe treatment and comes loaded with a host of bonus tracks.

Just like the Ramones and Shonen Knife, there’s something very uplifting and life-affirming about Less Than Jake’s sound, so much so that it should be available on the NHS. The spiky, angular guitars and jaunty saxophone that herald the arrival of opening shot ‘The High Cost Of Low Living’ act as a kind of musical tonic and are guaranteed to raise the spirits of everyone (with a pulse). Those already familiar with Less Than Jake will have an idea of what’s on offer here; punky tunes wrapped up in delicious melodies, marinated with sublime vocal harmonies and served up with a generous portion of trombone and sax.

Silver Linings was recorded at a strange time for Less Than Jake; drummer and founding member Vinnie Fiorello had departed, and the band had scored a record deal with Pure Noise (who released their Sound The Alarm EP in 2017). Fiorello was the band’s main lyricist so he was quite a loss, but I’m pleased to report the rest of the band have stepped up to the plate and it’s the same upbeat punky/ska mash-up with songs that detail the minutiae of modern life. In fact, new drummer Matt Yonker (Teen Idols/Queers) has brought an urgency to the band which makes these tracks all the more direct.

This deluxe version of Silver Linings comes bolstered with six bonus tracks, the first two of which are explosive numbers much in the vein of their parent album. However, it’s the four acoustic numbers where we hit pay dirt. I wondered how these effervescent tracks would handle being parred back, and the answer is very well. The lyrics are an oft overlooked aspect of Less Than Jake, they can get lost in the swirling maelstrom that’s the typical LTJ song, and these parred back renditions have the bonus of bringing the words to the fore. It shows the band have bounced back from the loss of Fiorello and proves that every cloud has a silver lining.

While it’s true that Less Than Jake aren’t reinventing the wheel, Silver Linings is nevertheless an enjoyable album to crank out at any time of the day. Those already in the know will revel in the bonus tracks, while those yet to be introduced are in for a treat. 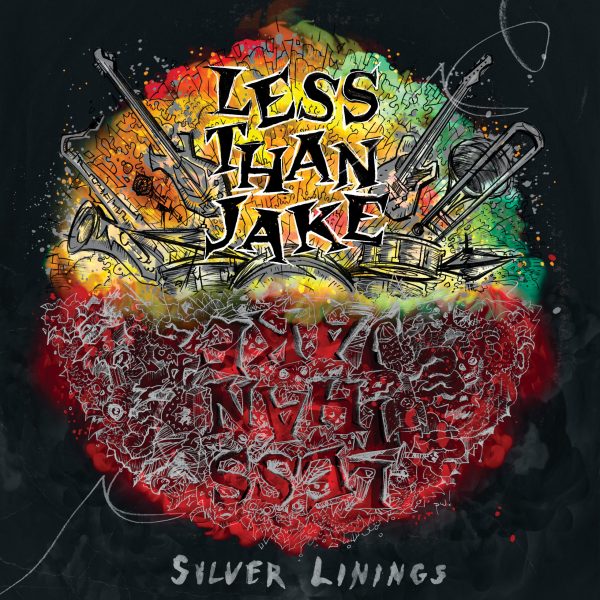