Another label new to us here at MR, French Avant-garde Black Metal label Les Acteurs De L’Ombre Productions have sent us a couple of very impressive releases for review:

For more on the label, you can check them out on their Website, listen to some of their releases on Bandcamp, watch videos on their YouTube channel, and keep up to date on their Facebook page. In the meantime, into the mountains of madness we plough…

The Great Old Ones – Tekeli-Li

With the Necronomicon as their bible and mysterious entities as inspiration for their name, two years after their debut, Al Azif, The Great Old Ones have returned with album number two, Tekeli-Li. Always a popular source of inspiration for metal, albums based around his ideas have varied in quality, some good, some great, and plenty pretty bad, and so when yet another album devoted to his mythos appears on the horizon, it’s understandable that it’s approached with some measure of trepidation but all that those who indulge in this sophomore album from this French quintet of Lovecraft devotees need fear is the madness that its mystical topography possesses.

With the strings and spoken word intro of ‘Je Ne Suis Pas Fou’ (‘I’m not insane’) a portent of what is to come, it’s barely enough preparation for the ice-cold wrath of the monolithic might of ‘Antarctica’. With black metal fire and frost meeting post-rock dynamics punctuated with gruelling tensions and cathartic releases across its harrowingly indifferent terrain, what makes it more frightening is that this track is but one part of an incredible album. The cold wind of ‘The Elder Things’ through ‘Awaking’ and ‘The Ascend’ into the eighteen-minute closer ‘Behind The Mountains’, though the band is a five piece, they completely disappear into the music. Multi-layered, the three guitars, the bass, the drums, and the vocals are orchestrated to enhance the melodic as well as balance the dissonant with the weighty without once impeding the rendering of the album’s concept.

Wall of fire riffs, harsh conflicting chords, vehement drumming, a ferocious vocal juxtaposed with an occasional spoken-word passage, a gentle, sometimes sinister acoustic guitar, subtly emotive strings, calculated yet organic structures and arrangements, this is an album that breathes a long, heavy and dark breath. Like most albums of this ilk, it is of course deeply atmospheric, but here The Great Old Ones have somehow managed to not just make the other worlds within Lovecraft’s oeuvre tangible but to give them a roar possessing all the might of the cry of the Shoggoth from the Cthulhu mythos. Tekeli-Li, The Great Old Ones have spoken. Take heed.

Formed in 2005, it would be eight years before France’s Paramnesia would release their first EP, the two track Ce que dit la bouche d’ombre appearing in April 2013. A split with Germany’s black metal/crust quartet Unru released in the interim, just one year after their debut release, Paramnesia delivered their first full length. Numbered in the order in which they were written, taken in order the tracks plot the band’s development and joining them here with IV and V sees Paramnesia at a very interesting point.

Leaning towards Cascadian as well as post black metal, the band’s sound is like a painful nightmare combined with the curious serenity of waking from anaesthesia. Dreamlike and disturbing, following a long, slow atmospheric start akin to that of Alcest, Les Discrets, and Gris, the calm and tranquil world soon collapses into a cavalcade of shattered drums and smashed cymbals, walls-of-water riffs, harrowing pathways through simultaneously menacing and melancholic chord progressions, and tormented yet amorphous screams that are as divorced from the music as they are woven into its very core. With the two tracks just over twenty minutes each, they may be a little long and wear thin on occasion but, immersive and all-consuming, this is an album designed for devastating effect, its aesthetic pleasure and its emotional impact derived from its experience, one worth indulging time and again. 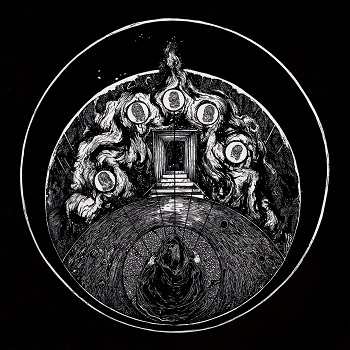