Legs Diamond‘s label, Mercury, ditched them after A Diamond Is A Hard Rock failed to gain the kind of traction they expected. The band were almost immediately signed up by independent label, Cream Records, who thought they knew a thing or two about hard rock. As soon as you learn that they made the band cover a song that no one in their right mind would attempt, ‘You’ve Lost that Lovin Feelin’… the “ultimate pop record”, you know the writing is on the wall.

And when you read the musings of the music critics of the time, their frustration is almost palpable. They recognised that among the covers the band were coerced into on Firepower, some fine songs awaited discovery. In particular, four self penned tracks are hugely impressive. The streamlined metal and minor key stomp of ‘Underworld King’ butts up against the relentless, rock funk rhythm of ‘Midnight Lady’ in one of those highly effective “odd couple” relationships. Factor in the awkward, jubilant, light-in-the-darkness of ‘Remember My Name’ and ‘Chicago’s primitive barroom boogie, and there we had the core of an album that could have made a fascinating listen in its entirety.

Another long list of bonus tracks (11 in total) more than makes up for the albums weak spots. And in fact it’s only when you look across these three albums – the building blocks of the band’s long if intermittent career – that you see Rock Candy’s skilful mixing and matching of original tracks and bonus material. Artistic interpretation or clever marketing? Probably both. Pile in some sonically sound remastering and you have a near perfect formula. 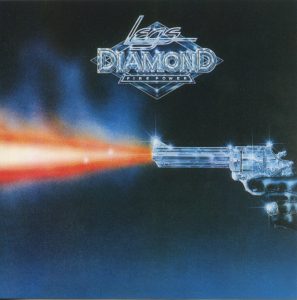