That same year (1977), unfazed by the debut’s lack of commercial success, Legs Diamond went back into the studio and recorded the follow up, A Diamond Is A Hard Rock. At face value it’s a title that states the obvious, but at second glance you can see its defiant, underlying meaning.

Again the material is a starkly contrasting collection of hard rock and Progrock pomp and intricacy. It was a “it didn’t work last time but it’ll definitely work this time”, approach. Apparently defying common sense and Einstein’s definition of madness.

And yet, it won new fans. It’s polished, the already high calibre songwriting moves up a notch and it’s much more focused. Here was a band on the rise, brandishing their own blueprint. You wanted them to succeed, if only because they challenged the status quo.

The English rock band influences – Deep Purple and Uriah Heep are obvious examples – can be heard all over the album… on the title track’s raucous riff, on ‘Waiting’s abrasive lyrics. And on ‘Woman’, the band’s magnum opus… a smashed together mix of early English progrock’s mannered restraint and soaring, undiluted primal rock, sounding magnificent in remastered form.

Again, we have a bountiful supply of bonus tracks. No previously undiscovered precious metal, but no ballast, no makeweights, just six solid demos that in themselves are primers for the progressive nature of making records. 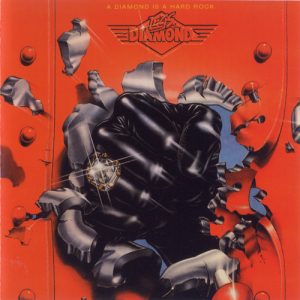