Featuring LeBrock’s signature blend of melodic rock and pop, as well as pulling influences from the best of past and present “Running Wild” is an energetic rebellious ’80s-inspired ballad featuring an impassioned vocal performance from LeBrock over provocative lyrics. Effervescent guitar chords fusing with shimmering retro synth melodies, and an invigorating guitar solo, all add to a classic rock flourish that will push the single along with fans into “Running Wild.”

The world has changed, a darkness has risen keeping us under control and taking away some of the freedom we once had,” states LeBrock. “Deep down we all want to just run wild and be whatever we want to be, do whatever we want to do. Fight the power and start RUNNING WILD.”

“Running Wild” is out now from independent multi-genre music label FiXT.
Combining ‘80s melodic rock riffs with shimmering synthwave melodies and a heartfelt vocal delivery, LeBrock have established themselves as uniquely compelling artists unlike anyone else in contemporary music. 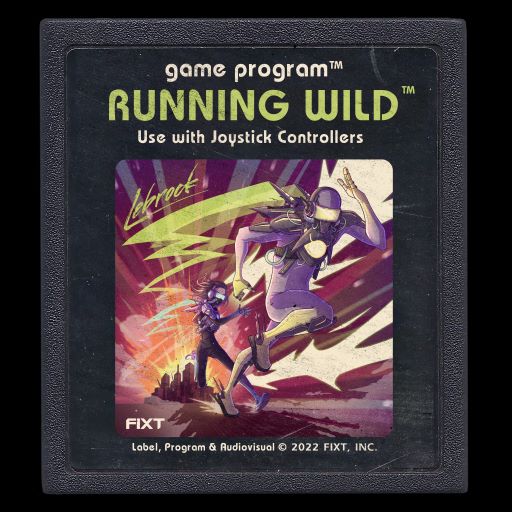 The retro rockers’ first EP, Action and Romance, was a synth-heavy fan favorite that has earned millions of Spotify streams to date. The group followed it up with a more rock-oriented, vocal-driven EP, Real Thing, which was packed with fist-pumping retro anthems including the hit song, “Runaway.” The early success of the first two recordings caught the attention of retro synth label FiXT Neon, which signed the group to a multi-album deal and re-packaged and re-released the first two albums in the process.

LeBrock‘s new material kicked off with a string of singles across 2019 and 2020, each one demonstrating the band’s unmatched capacity for timeless, hook-heavy anthems. With each new song, LeBrock has refined and honed their skill set, combining the best of ’80s melodic rock with throwback synths and a contemporary production edge for a sound that feels larger than life which culminated in the release of their first full-length album Fuse in June of 2021. LeBrock debuted “Running Wild” in July of 2022 with a slew of releases to follow leading up to the next album.