Welsh singer Laura Evans, recently toured in support of Robert Jon & the Wreck, alongside playing solo dates round the UK. She’s got previous form on both TV and musical theatre, but has been pursuing a more earnest singer/songwriter career since 2020, her debut single having reached the top slot on the UK blues chart and 43 on the US blues charts.

It’s blues if we can still call Fleetwood Mac that after Stevie Nicks joined. Others have made comparisons between the singers, and aside from the obvious, in that they’re both female blonds, broadly speaking if they mean a female singer who can delivers a contemporary British take on what’s lately been rebranded as yacht rock with some deeper slices of Americana, I’ll agree. While Evans still has a way to go, before she’ll pen tunes as iconic as Nicks’, vocally she has a far greater range and a much clearer pitched delivery (something that’s becoming all the more important to me as I age).

With an eclectic mix of influences including Bonnie Raitt, The Eagles, Fleetwood Mac, and Dolly Parton among others, since 2020, she’s been working with producer Josiah J Manning at Momentum Studios in Devon and this album is the result. Manning is also featured as a guitarist and co-songwriter, as are others, and while he may be responsible for the overall sound, make no mistake this is Evans’ album.

From a powerful roar to sweeter and smokier intonations she has an individual and likeable voice, that’s not too far different from Kelly Clarkson or a pop-rocking Duffy at times. The songs mainly revolve around the joys and misfortunes of romantic coupling, that age-old topic since first we grunted in tune round a stone-cave’s fire, I’m sure, but they often come clothed in modern concerns and should strike a chord with many, no matter their age.

Wearing its colours bright and true, the album opens with ‘I’m Alright’, alerting you the girl has had her bouts with bad times (mainly former lovers) but she’s on top of the situation and this will not be a loser’s record, even if some of the songs have her getting sad. Musically, on record, you might find this track a little light; live it proved rougher edged pop boogie from the school of rock that gave you ZZ Tops’ ‘Legs’, Dire Strait’s ‘Money For Nothing, but more importantly Alannah Myles’ ‘Black Velvet’. With clearly enunciated lyrics, alongside a hook line melody, its overall manner is upbeat.

By contrast, lyrically, ‘Solo’ is about a lover who’s rarely around, with wordplay on her being “so low” among the convincing lyrics, sung heartily with a lot of range in evidence. Country rocking, there are a lot of guitars making interesting noises in background. Then we get ‘Fire With Fire’, her voice pitching a little higher on this rootsy upbeat tune with a warpath rhythmic beat verse that moves into a full-blown doubletrack voiced chorus of a warming ear worm. A superior song, that in a brighter world would be a mainstream hit.

We shift back in time for influences, for ‘Fool’ where her vocal range is given full scope on this Sixties girl group styled ballad, in not only style and structure but substance too. Apparently recorded live, a singular guitar caresses her broken-hearted voice as she croons, trills, sighs then briefly digging down deep further with a full scale of notes expressed emotively without going for any maddening diva histrionics.

Title track ‘State Of Mind’ grooves in a young Dolly Parton singing over a country boogie-come-AOR manner, then come the middle eight and chorus, the chords hit you harder, echoing the way Mick Ralphs slammed it down with Bad Company, while tickling away in the corners of southern rock – I wouldn’t have minded them going full hog, nonetheless, it’s one of the most assured arrangements on the record.

‘Let You Down Easy’ is like Linda Ronstadt going gospel on a Bonnie Raitt ballad, while the slide or pedal steel guitars echo early Clapton solo material (though played by the likes of Ronnie Wood or George Terry), while ‘Drag Me Back In’ is more stomping blues rock with a little pop gospel and r ‘n b soul smoothed over. It’s similar to the opening number, but more convincing from its first listen, despite some very pop vocal stylisations within.

The pop rocking ‘Good At Getting Over You’ nags at my mind, reminding me a of a couple of hits from yesteryear I can’t quite put a title to, but it appeals, changing pace with plenty of supporting harmonies. Now, ‘Mess Of Me’ I can place, in terms of similar chord structures, notably Michael Bolton, and to some degree an ancient solo David Coverdale number. Musically, this piano-based ballad is where Stevie Nicks meets Jennifer Rush, but take it a couple of steps more towards Broadway and it could be David Foster styled production, which might make it a megahit but would have proved too blancmange like for my tastes, thus I hope she’ll stay playing on this side of the street.

Edging towards a more epic-reaching Americana is ‘Gone’. Opening with a deeper hued voice to begin with, she then goes in for a sweeter hook. A smooth curling guitar solo breaks far too early and deserves a live version on some big arena stage in the US Midwest where Joe Walsh could guest on guitar and wail out for a couple more minutes before she comes back in to sing. Yeah, this is good, with room for further growth too.

Despite singing about big city lights and the like, ‘Free’ comes across more Midwest America, takes its own sweet time, moseying around musically until an air of suspicion stirs instrumentally and there’s this feel that there’s a need to pull in the harvest before a coming storm. A song of wariness but positivity too. A such it bookends the album thematically, in what I hope is part one of a long and varied story, come musical career.

As I’ve noted these are songs full of youthful thoughts, deeds, and the implications of where they might lead. They’re from a female perspective, an aspect I’ve grown to become much more interested and appreciate of as I’ve become less self-absorbed in life. This stated they are songs that need to put in front of younger listeners for them, and the singer, to reach the audience it all deserves.

It’s quite a bare production, and that allows both the quality of Evans’ voice to be heard and the subject matter to be taken into account. She is the foremost here. Hand someone an awful lot more money and they could make this a bigger production, and big-time deals awaiting in the wings. Maybe she’d appreciate that, but I think this sounds like first albums used to, and should – It offers you something you can enjoy while being able to appreciate the potential of where this could lead, not just financially, but her growth as a singer and songwriter. 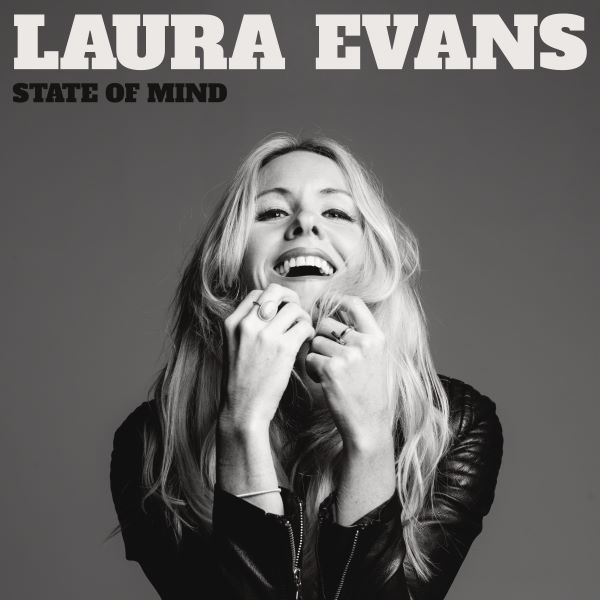