It has been two years since Laura Cox, La Chanteuse and bad ass rock ‘n’ roll guitarist from France, released her debut album ‘Hard Blues Shot’ to some well deserved critical acclaim. On the back of healthy sales of 10,000 copies in France she has been traversing across Europe to share her love of the guitar, introducing many to the fully fledged touring outfit that she so dynamically fronts. With YouTube views of over 90 million she will now hope that the multimedia success starts to catapult her to the next level and her new release ‘Burning Bright’ should be a good starting point to draw out the armchair viewers to become fully paid up members appreciating a lady who is right at the top of her game.

Some of the new music has been brewing in the live environment for a while and with music master engineer, Howie Weinberg (Aerosmith, Cheap Trick, Dream Theater, Muse), having been drafted in at the controls the result is a cornucopia of some very fine rock delivered across a blues/southern rock style. As soon as opener ‘Fire, Fire’ rips from the speakers it’s obvious that Ms Cox is pushing herself harder and further to eclipse what has gone before. The crunchy guitar is very welcome as it segues into a full out solo alongside the tracks driving groove and big chorus. We’re even regaled with the type of finish that Metallica would be very proud of.

Very inspired by the blues but not constrained by it ‘Bad Luck Blues’ is an upbeat rocker but like all the tracks is not expanded beyond its natural capacity. The delivery of some bluesy raspy vocals on ‘Last Breakdown’ adds that element of extra depth alongside a blazing slice of guitar playing and it is easy to see why she has built up an element of notoriety amongst guitar players. Kind of reminds me of Joanne Shaw Taylor at her sultry best.

The creative juices well and truly flow on ‘Looking Upside Down’ which is one of the stand out tracks on the album. With a classic mid tempo southern blues beat it feels fresh with a cool and accessible sheen at its heart. This morphs nicely into some real nice delta blues courtesy of ‘Just Another Game’, which is all about a rocker’s story of love, proving that you don’t need to blast out bombastic vocals when a fabulous sassy emotional style will more than suffice.

With its Hendrix style undertone ‘Freaking Out Loud’ would not be out of place on a Halestorm album. This is an infectious catchy number with a clever melodic edge but it is the rippling guitar solo which really seals the deal here and hooks you right in. Bringing it all to a close are ‘River’ and ‘Letters To The Other Side’ which are delivered with the kind of clarity that enables you to detect every little subtle nuance and infection within.

Laura Cox has well and truly found her niche on this release. It shows an enlightening contrast between rocking and delicate songs performed with a greater maturity than her previous release. This is an album that is guaranteed to leave a broad smile of satisfaction on the face of her fans. Created and performed with an amount of craft and relish it is refreshing to hear her bucking the trend and not just delivering the paint by numbers type of blues that is so common.

Anybody prepared for a damn good live experience can catch the band on a short UK tour in December in London, Sheffield, Leeds and Blackpool. You will not be disappointed. 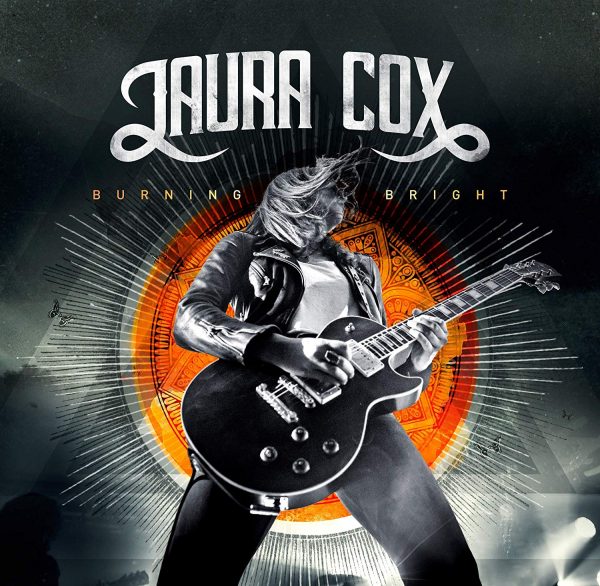