With their critically acclaimed debut album Burden (reviewed here) and their high-octane live show (reviewed here) there’s a real buzz surrounding Birmingham’s Last Hounds. An unstoppable force of nature they seem destined for the very biggest stages, so The Midlands Rocks decided it was time to catch up with the band (vocalist Mike, guitarists Tom and James, bassist Ben and drummer Chris).

Can you give me a brief history of the group?

Chris: Myself, Mike and James met when we were at college. We had all played in different bands before, but we got together and started writing then Ben and Tom joined along the way.

Mike: We all come from a punk rock background, but we all have sub-categories of bands who we listen to individually and I think that makes a big difference. For instance, Chris and Ben like heavy music whereas I don’t, and I think that tension shapes our sound, and in a good way.

Is there one band who you all listen to?

James: I don’t know if there’s just one, but there’s definitely a few. Bands like Let Live, Gallows, Comeback Kid… Anything with that hardcore punk vibe.

You attract people from both the punk and metal communities. What’s your crossover appeal?

Tom: It’s all about the energy. If we just focused our music on one type of person then we’d just be cutting ourselves off from the rest. It doesn’t really matter about the genre if you like fast, energetic music then you’ll gravitate towards us.

You all come from the Midlands. What is it about that area that keeps on producing heavy bands of different stripes?

Chris: The Midlands scene is so diverse with different cultures; I think it has some many pools which to create from.

James: It has an industrial background and I think that seeps into the music.

Black Sabbath said they were influenced by their industrial surroundings. I wonder how they impact on you.

Ben: The skateboarding scene is a big influence. We’ve grown up in a weird time from not having the internet to having it in our pocket everyday so we’ve seen everything come through, so our lyrics bring that aesthetic into it, and social media, the good and bad things about it.

How do you find playing outside Birmingham? Living in a big city people can be spoiled with gigs every night. Do you notice any difference playing in the provinces?

Tom: Yes, 100%. If you go into Birmingham city centre on a Friday night there’s 10 different gigs going on at the same time. A lot of our crowd we’ve been able to build has been made by going to places that don’t get hit by the bigger bands. You’ve got these little pockets of people and our lyrics are written with the aim of building a connection with these people.

Your debut album Burden had quite a difficult birth. You held off releasing it because of Covid.

Chris: Yes, we started releasing stuff, but it wasn’t really finished. We got locked down for a few months so we went back and changed a few things and certain parts of the situation were reflected in the album, especially lyrically.

How was it going back and tinkering with the album before release? There could have been a danger that you’d over polished it.

James: I think timing was key. We just had the right amount of time to make it exactly how we wanted it to sound.

Tom: I think we were all happy with the album and because we were gifted this extra time and all the trauma that was going on in the world added to the album rather than taking anything away from it.

Ben: I think also because we didn’t have to rush, we could relax and we could produce what we wanted without being disappointed.

And as musicians how did you survive lockdown and not being able to play for 18 months?

Ben: It was definitely a hard time for some of us, but it was good for our mental health; we kept sending demos to each other and team calls with each other, our manager and so on to see where we wanted to go as a band and because we had the album coming to a close we were practicing so when this all ended we were ready to go.

James: We recorded a video in lockdown, separately in our homes then joined it all together, which was quite cool.

Tom: We just tried to be creative, whether that be musically or on the side-lines of music such as the artwork, videos, just thinking outside the box.

Your videos all have a specific look. I wonder how involved are you in their production?

Chris: Heavily. We filmed the last video, ‘Balaclava’, in the middle of 2020 and that kind of set the tone for the other videos. We worked with the choreographers on that one and we knew that was what we wanted.

Tom: We all sat down together and thought what ideas do we have, is this realistic?

I’m speaking to you in the middle of the Kerrang! Tour. Have you noticed any different in crowds pre and post lockdown?

Ben: We played one show where people didn’t really want to make a pit as such but were still enjoying the music. Mike’s really good with the crowd and just by doing a simple head bob or interacting with the crowd in different ways it was quite interesting to see. People definitely take longer to warm up.

Chris: I think people just missed live music generally and people are going to gigs now and don’t know if later, down the line, they’ll be able to again.

You’ve become known for your ferocious live show. Do you feel you’ve set a level for all future performances?

James: I think we’ve always had this thing as a band that no matter how hard a gig is we’d play the same to one person as we would to a hundred people. We try to be consistent.

Tom: We’ve set the bar and we keep hitting that bar and keep pushing it further and further.

Ben: It’s not easy to hit that level but we enjoy what we do but were a band of brothers as such so it’s quite easy to go crazy. We enjoy it and we enjoy it together; we’ll look across at each other as were playing and give a little smile to say, ‘this is wicked!’. As long as you can give something to someone and we enjoy it, that’s all that matters really.

They’re angry songs to inhabit for the hour you’re on stage. How do you come down after you’ve finished playing?

Tom: It’s really strange because after every gig we’ve played it’s guaranteed they’ll be people who’ll come up to the stage and want to talk to us. It flips you round, and you think ‘that’s exactly why we did this’. We have these really deep conversations with complete strangers who you’re on the same level with and you completely forget that you’ve just spent an hour on stage singing about not fun stuff and it brings you down to earth. We played London at the end of last year and we had an email from a guy who told us our music helped him through lockdown. He came to the show and talked to us afterwards and it’s moments like that make it humbling.

Ben: We try to put across that we are nice guys and we do appreciate everyone who buys into our band and comes into this little society that we’re building.

James: I think it’s cathartic playing live shows as well. It’s a break from the mundane day job and when we go on tour or play a string of shows and get on stage it’s a great way to release your anger and get your energy out.

There seems to be a plethora of angry bands currently. Why? Are you all tapping into the current zeitgeist?

Chris: I think it’s just people letting their anger out. We have a song called ‘Snakeskin’ and we had a message from someone who likes to shout along to it in their car. Some people don’t have an outlet for their anger so we kind of provide that.

Tom: We’re all in this shit together!

Finally, what are your future plans. How far can you take the band?

Ben: We’re aiming to go as far as we can.

Tom: We’ve got the advantage that the music that we write is for crowds, for people and as long as people exist, we’ll have an audience to play to. We’ll keep growing that audience. 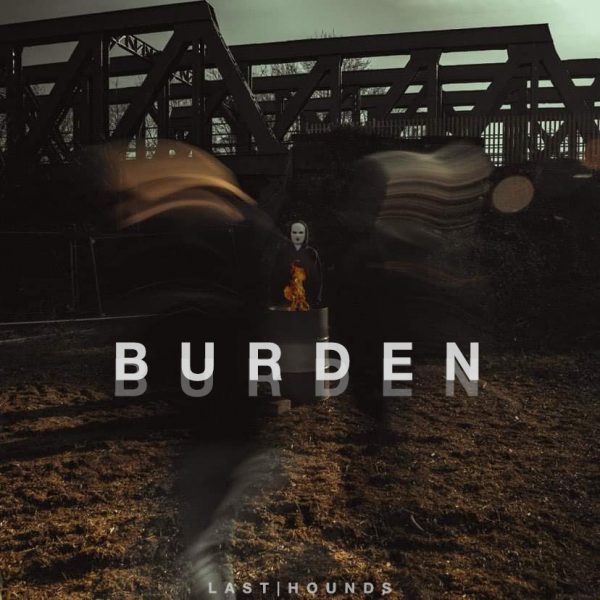