Thrash as it was always meant to be…

Kreator have been at the forefront of thrash for more than 30 years now, and with this latest release nothing looks like changing too much. They have lost none of their aggression, none of their crunch and Mille still spits vitriol in as venomous a way as he always has. Intro track ‘Apocalypticon’ leads us straight into the beast that is ‘World War Now’ and that shows us all we need to know about this release: it’s crushing.

There are a number of excellent tracks throughout, from the crushing ‘Army Of Storms’ with riffs that hit hard and the staccato style gets your head bouncing – which I really can’t wait to hear live – to the wrenching ‘Fallen Brother’. If you were expecting another Pleasure To Kill, well that rawness isn’t something the band are returning to, but this is a classy smoother form of aggression. There’s control here, and as there has been for many albums, there’s no shortage of melody in the transitions.

There has always been something that hit me in the gut about the way this band plays, and puts together albums. Gods of Violence has everything a Thrasher wants screaming solos from the depths, dark imagery, speed and power where it’s needed. It’s crazy that people still think of Christian and Sam as ‘new members’ considering they have been with the band for 23 and 16 years respectively, but they help to keep the energy high in the band. So in sound, yes, it does have more of a modern day Kreator feel to it, but that’s no bad thing as I’ve really enjoyed Hordes Of Chaos and Phantom Antichrist, although I think this one is better again.

There has been a lot of talk in recent times as to whether or not making new albums is a worthwhile exercise for aging bands, and there are certainly a number of bands coming out of the woodwork that are just going through the motions, but I think Kreator have always tried to be creative, tried to bring something a little bit different and long may that continue. With a massive European Tour coming up alongside Sepultura (latest album Machine Messiah reviewed here), Soilwork and Aborted (latest album Retrogore reviewed here), this album once again confirms that Kreator are still a force to be reckoned with and, along with older bands like Anthrax and Overkill, they have a lot to offer from a creative perspective. 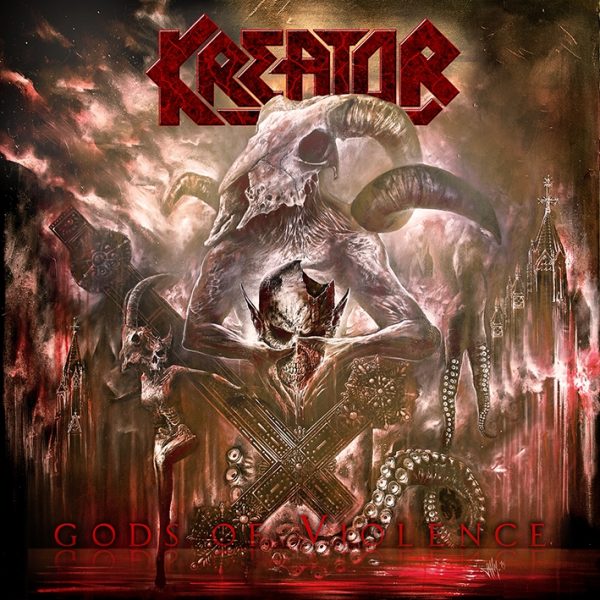