Under the grand tag of ‘Finnish Folk Metal Mafia’ two Scandi giants rolled into Birmingham for a co-headline show. Moonsorrow’s new album has seen them return to a slightly more atmospheric and darker place. So although their tour alongside fellow Finns Korpiklaani was loosely labelled as a folk metal double header, in fact that wasn’t strictly the case.

Korpiklaani, who were the second of the two bands up on the Academy stage are crazy dudes, for sure. Visually it’s hard to take it all in with their six-member ensemble featuring a wizard lookalike in a kilt, a guy squeezing the accordion likes he’s trying to bleed it dry and a fellow with a violin who somehow managed to navigate his way across the congested stage without doing serious injury to either himself or any of his high stepping bandmates.

In fact Korpiklaani’s penchant for swapping positions with each other every few seconds turned their performance into something approaching a game of musical chairs. Anyone whose memory of The Pogues isn’t solely based around seeing the ‘Fairytale of New York’ video every Christmas will be forgiven for drawing comparisons with the London-Irish storytellers when performing at their peak in the early 80s.

But whereas The Pogues anthems of lost love and the like used to reverberate around venues like the Hammersmith Palais accompanied by a heaving throng who knew every word and nuance of the songs, that simply ain’t happening when it comes to a bunch of Finnish folk singing in their own tongue. Of course most of the crowd did their best to interact with the trusty ‘hey, hey, hey’ chants but overall I struggled to fully get on board with Korpiklaani and their thrusting tales of yore.

Openers Moonsorrow were less frivolous Finns and in Ville Sorvali had a frontman bursting with conviction. New album Jumultan Aika (Age of the Gods), their seventh full length release in a career stretching back 20 years, made up a fair chunk of the set and there were few complaints about that.

Kicking off with the album’s opening title track, Moonsorrow craft songs of real sonic stature and ‘Jumultan Aika’ certainly fits that template as it winds its way through an ever expanding journey that stretches out to around a quarter of an hour.

While Moonsorrow have always turned to traditional Finnish folk tales and mythological adventures for their inspiration there’s nothing woolly about the compositions they create, most of which flirt with a Pagan ethos. One number, ‘Jotunheim’, describes the cold and stark land inhabited by the giants in the Norse mythology and the sweeping soundtrack certainly encapsulates the desolate domain.

Sorvali is sandwiched between two fellow guitarists and at times the three combine seamlessly to create a crushing riff wall that even a wrecking ball at full tilt would struggle to flatten. Although not as dependent as their countrymen on theatrics, that doesn’t stop one Moonsorrow axeman from looking as though he’s come off worse with a tin of red Dulux having taken a wrong turn down one of the aisles at B&Q.

‘Ruttolehto’ has everyone displaying choral support when called for of sufficient quality to earn a nod of approval from Gareth Malone and the final glorious surge of the emotive ‘Sankaritania’ leaves you in little doubt that the Norse gods are looking down approvingly. 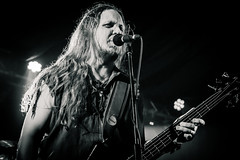 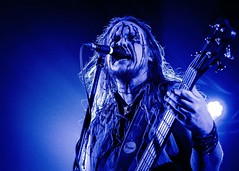 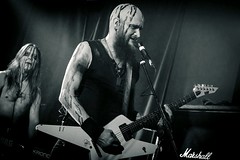 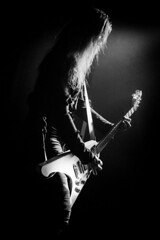 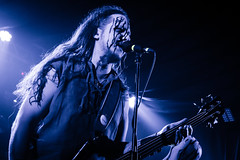 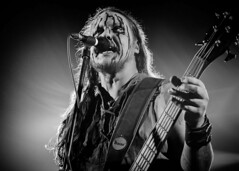 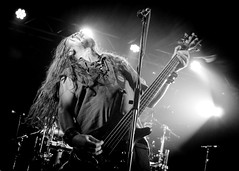 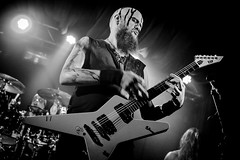 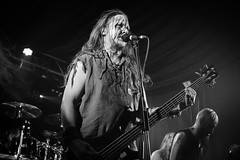 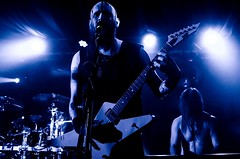 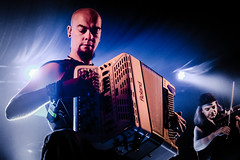 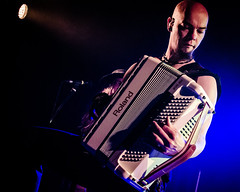 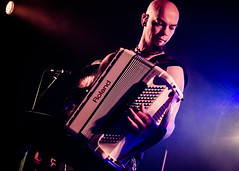 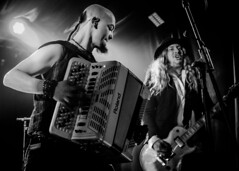 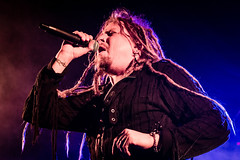 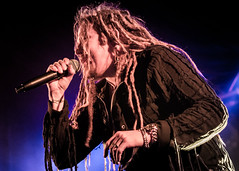 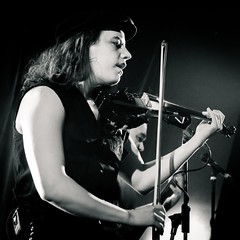