Hungarian black metal at its most jarring…

From Lost Horizons Productions comes a cassette featuring two Hungarian bands. On side A, we have Kolp whose 2012 album The Outside (reviewed here) was an impressive piece of work. The tracks were well-structured, the instrumentation remarkable, and the album had a density and heft to it that made for a jarring and uneasy experience. The three tracks here bear much the same weight and are equally disconcerting. Fierce and fuming, the atmospherics are as tortured as they are rampaging, Jim Jones’ penetrative vocal performance fortified once more by Knot’s instrumental mastery and remarkable compositional skill. Three impressive tracks, hopefully we’ll be seeing an album sometime soon.

Gracing side B are Leiru, originally a one-man bedroom band, they’ve released a fair chunk of material since its beginnings in 2004. Dealing in raw black metal, the quality of the material on their Soundcloud page (here) is as you’d expect, the low-fi production concealing the occasional inspired track or riff. With the 2012 EP Ex Nihilo, there appears to be a distinct improvement in the overall sound and compositional skills but Leiru are yet to hit their stride and truly distinguish themselves. With the raw production augmenting the tormented soundscapes of the three tracks on offer here, well-written music that’s well-executed, when the vocals shift into some Ian-Curtis-style croon, it’s apparent that they would all have been much better had they remained with the harsh vocals or as instrumentals. 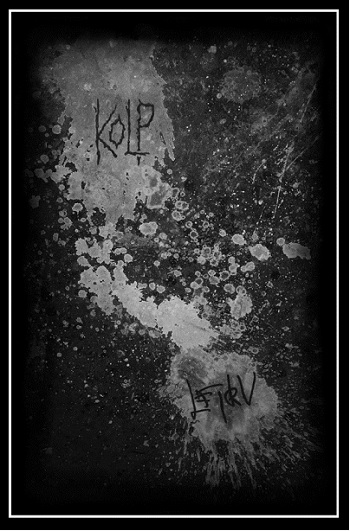