Stalwarts of the industrial scene KMFDM are back with their twenty-first (yes, you read that right) album of their thirty-five (that, too) year career.  To put that in perspective, back in 1984 we still had Yugoslavia, the space shuttle Discovery made its first flight, Springsteen released ‘Born in the USA’, Metallica released ‘Ride The Lightning’, Virgin Atlantic made its first flight, and The Terminator was released.  How times have changed.

Despite countless lineup changes and side projects, KMFDM have always been about crushingly heavy industrial beats, and have always been one of the more accessible industrial acts out there both in terms of musicality and fan interaction.  Eventually, they hit peak popularity in the mid-nineties, with ‘Juke Joint Jezebel’ included on soundtracks for Bad Boys and Mortal Kombat, and since then the band have been steadily releasing new work and touring pretty regularly, with their last album ‘Hell Yeah’ released in 2017.

But enough of history – what we really want to know is whether this album’s any good, right?

Of course it is.  This is KMFDM we’re talking about, here.  Even at their worst, they’re still miles ahead of most bands – but this album is a step up even for them.  Launching into a sweary vocal assault with opening track ‘K-F-M’, the album doesn’t let up.  It bounces from goth-industrial ‘Oh My Goth’ to dance-floor-fillers like ‘WDYWB’ and ‘PIGGY’ that seem destined to burrow their way into your brain and stay there.

Oh, and if you’re a sucker for history, Raymond Watts himself guests on ‘Binge Boil & Blow’ after 16 years away from the band and produces arguably the heaviest track on the album with his distinctive drawling vocal driving it along with a massive swagger.  Just for fun, the band also revisit 1997’s ‘Megalomaniac’ with the track ‘Megalo’ and spin it into something new and fun that’s still recognisable as the original, too.  While ending with an industrial-tinged reggae track declaiming the existence of god might not suit everyone’s tastes, I think it’s a fitting and distinctive way for one of the most inventive, original, and long-lived members of the industrial scene to sign off a fun album.

Even after all this time, KMFDM refuse to play it safe.  Not everything sticks the landing, sure, but for the most part I’d rather have an album where a band is at least making the effort to push themselves, to try new things, and refuses to stagnate and regurgitate the same stuff time and time again.  I have a feeling they’ll still be around for years to come, and if they keep on turning out albums that are this much fun then I’m sure they’ll keep picking up new fans along the way, too. 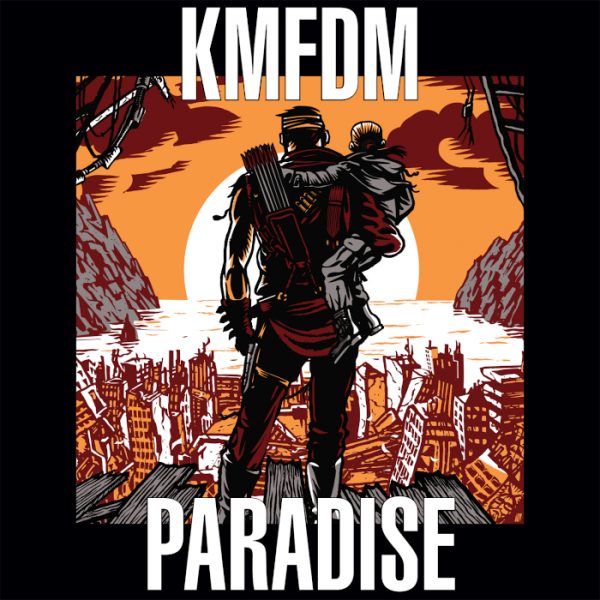