A five-time Blues Music Award-nominee, with time on the clock as a member of The Fabulous Thunderbirds as well as a solo artist, Kirk Fletcher got together with his good friend Richard Cousins, bass player with the Robert Cray Band, and wrote some tunes. Come the end of lockdown he headed into the recording studio with an all-star backing band who’ve walked the talk with the likes of Stevie Ray Vaughan, Buddy Guy, John Mayall, Robert Cray, Bruce Springsteen, Southside Johnny & The Asbury Jukes and Little Feat, to name just a few.

As such it would take fool to bet against the quality of sound produced by those on boards, but as to the ten songs offered, let’s find out.

I’m new to Kirk Fletcher and his voice, initially came across with a little of that nasal quality and blues phrasing the late BB King had but via a huskier-yet-mellow Luther Vandross tonality – now, the late soul singer never appealed to me, vocally or musically. As it transpired, particularly on songs like ‘I Can’t Find No Love’ ,I found he was more attuned to the sound of Billy Paul, where I had a preference. Either way, Fletcher carries his songs effectively, delivering their narratives with emotive conviction. An interesting sidenote being, backing singer Jade MacRae is also credited as vocal coach on the album.

Opening with the easy but upbeat ‘Shine A Light On Love’, Fletcher’s guitar playing breezes through the song, playing winsome melodies and slicing in licks without grandstanding throughout, it appeals as does the brass work of saxophonist Joe Sublett and trumpeter Mark Pender.

‘Afraid To Die, Too Scared To Live’ rolls in over shifting drums and soft bumping bass, with sensual guitar phrases caressed by horns. It’s late-night music grinding, with Fletcher finding a road less travelled but somewhere between Larry Carlton and Ernie Isley to make your ears prick up and take careful notice.

‘Heartache By The Pound’ brings that big bouncy upbeat groove the album opened with back but from here on one’s also taking greater note of the lyrics, and they’re often in juxtaposition to the feelgood swing of the music, as evidenced outright with this one’s title. Albert King cover ‘I’ve Made Nights By Myself’ follows on nicely, strutting on guitar from the start then pulling it back while he sings. As a guitarist he avoids cliches with choice phrasing, deft sustains, and on this one a little jazz-spun moonlight walk.

Piano, organ and sultry synths caress the slow sorrowful ballad that is ‘The Night’s Calling For You’, with passionately delivered vocals and understated slide guitar at hand. Bearing a title that sounds like a mangled Dylan number ‘Wrapped Up, Tangled Up in the Blues’ proves to be a sixties-styled groove whereby Booker T & The MGs might’ve taken a Ray Charles number and made it a little more mellow while getting Steve Cropper to play surf guitar – It shouldn’t work, but it does; your tapping feet don’t lie.

‘Wrong Kinda Love’ is a funkier proposition, blues rocking his guitar finding ever new licks within the nooks and crannies of the number, his voice given a more defiant roar as he challenges romantic choices made. This and the following ‘I Can’t Find No Love’ make spiritual companions, and both were written by Dennis Walker. The latter’s a 70s Sounds of Philadelphia with added blues weeping. Marital breakup is the subject matter and the despair felt is writ even larger when he solos.

If you feel you need a good night out after those last few tunes, the rockabilly rousing ‘Wild Cat Tamer’ comes as a surprise, with piano and guitar giving it their all as the joint jives loudly with this one. Fletcher signs off at the other end of the spectrum with the solo-penned ‘Hope For Us’ that while putting further notches of despair on the bedpost lyrically refuses to give up on love, and musically comes on with that optimistic epic vibe the latter-day Beatles gave us; one where thy pulled in both Clapton and Billy Paul for the session. A tender slice of optimism to end on.

An impressive stylist as a guitarist, Kirk Fletcher’s songs on this album deserve considered listening; melancholy and despair often feel like they’re only a park bench away, but the sun’s also shining and it’s important to stand up and take in the breeze. 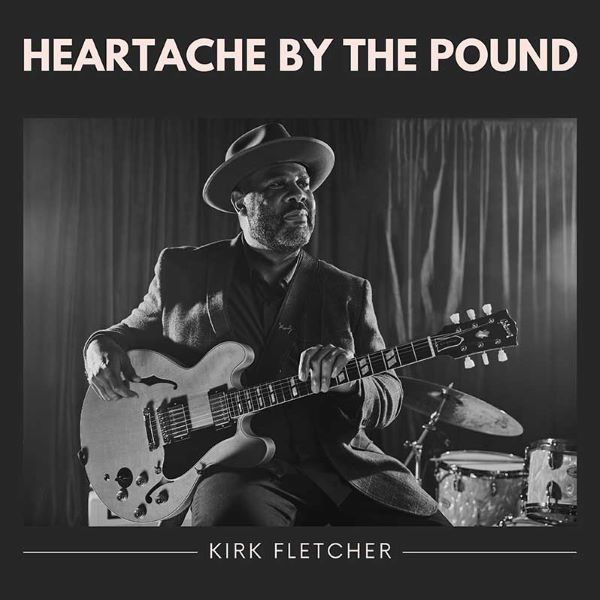