Despite releasing a string of critically-acclaimed albums, the trappings of success have largely eluded King’s X. However, that’s not necessarily a bad thing, and the lack of commercial rewards has allowed the band to enjoy a 40-plus year career that’s seen the band stand firm and immovable while varying fads have come and gone. True to form, their latest album, Three Sides Of One, finds them bucking prevailing trends, and subsequently they’ve produced and album not of this age, but for all time.

My first exposure to King’s X came when they supported American thrashers Anthrax on the European leg of their Road To Euphoria tour. The band were about to release their second album (Gretchen Goes To Nebraska) and were being lauded by the press (Kerrang! magazine called them the “heavy metal Beatles”). It seemed that the band were on the cusp of greatness, but things never panned out as expected, I guess their progressive leanings were just a little too outlandish for the mainstream. When grunge hit in 1992, and many of their peers jumped ship, King’s X uniqueness helped them make it through unscathed and, a musical sidewinder, they’ve finally made it to album number 13. In a move typical of their career Three Sides Of One gets off to a discombobulating start with discordant chords that ring out like a bell tolling and calling the faithful to worship. ‘Let It Rain’ reminds me of why I first fell in love with King’s X; the lush harmonies, the backward masked psychedelic guitar solo mid-song, Doug’s raspy vocals and his bass locking in tightly with the drums to create a solid backbeat.

Much of King’s X’s lyrical content concerns their tussle with Christianity, their lapsed faith, and trying to reconcile their beliefs with the modern world, and it’s an issue they still haven’t resolved. It’s pretty weighty subject matter, and it’s given an equally substantial sound with ‘All God’s Children’, a track which places the band firmly in the present, and it ebbs and flows like the ocean’s tides before crashing as if a series of tsunamis. While not a concept album per se, there are several themes running throughout the album, with seeds planted that come to fruition as the record progresses, and a foreshadowing which makes Three Sides Of One a fully dimensional listen. I hope I haven’t made this album sound dark or oppressive, because there’s moments of light to add contrast. ‘Take The Time’ exists in a dreamlike state, it’s light and airy, like Cheap Trick at their most emotive, and is the perfect vehicle for the band’s trademark harmonies. The following ‘Festival’ veritably bursts at the seams with effervescence, and is powered by a riff to die for, which renders it very mosh-pit inducing, and is sure to ignite venues all over the world.

Three Sides Of One is an album that finds King’s X moving forward whilst retaining their core sound. Tracks such as ‘Swipe Up’ are totally contemporary, yet remain easily identifiable; case in point being closer ‘Every Everywhere’, which swings with an inherent groove, and suggests there is much more to come from this tenacious trio. 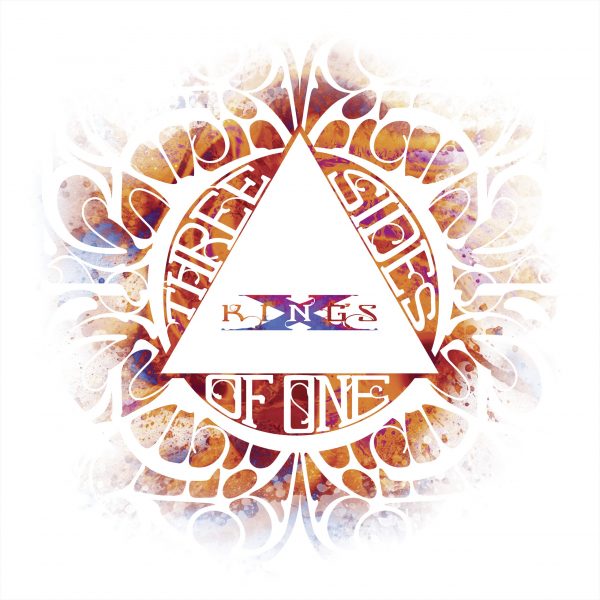