Where It All Began…

Back in the 1980s, the free movement of musicians between bands was a naturally occurring phenomenon in the glamrock/ hairmetal genre. King Kobra’s perpetually spinning revolving door sucked in and spat out vocalists Marq Torien, Paul Shortino, Johnny Edwards, and Kelly Keeling over the band’s off again, on again career in rock and metal. But arguably, the first iteration of the band possessed the original and best, Marcie (formerly Mark) Free. Free’s provocative, pan sexual vocals were perfectly cut and tailored to fit the image of Glamrock androgyny.

The band – Mick Sweda, Johnny Rod, David Michael Philips, Carmine Apice as well as Free – had been put together by Appice. Their music was shaped and formed by a curiously slavish adherence to a rather dog-eared copy of the Hair Metal Blueprint, as designed by Van Halen, Poison, Motley Crue and other such successful bandana heads.

It’s an approach that makes originality on debut, Ready To Strike, hard to find. That said, they had their antennae tuned to FM Radio’s music of the moment, and with the help of producer, Spencer Proffer and ghost writer, Rand Bishop, they recorded a bunch of songs that rode the existential Glamrock wave.

‘Shake Up’ and ‘Breakin Out’ could have been great rock songs, but in the effort to sound like the competition, even with Free’s soaring vocals, they lose all sense of identity, and like a few other decent melodic hard rock songs here – ‘Shadow Rider’ and ‘Dancin With Desire’ – they are blighted by trite lyrics and banal sentiments.

No coincidence perhaps that the best of bunch were covers of two Kick Axe songs, melodic rock gem, ‘Hunger’ and the adult-AOR anthem ‘Piece Of The Rock’.

What a difference a year makes. By Thrill Of A Lifetime (1986), they were painting in pastel colours, creating a softer shade of rock. The songwriting was sharper, more focused. Guitars were twinned with keyboards and aimed directly at a more grown up audience.

Free’s vocals were rightly put centre stage, leading the band’s music from the front. You can hear the sounds of Signal and Unruly Child coming down the road at an alarming rate. His breathy vocals and smouldering intensity gives ‘Dream On’ the initial appeal, but as the album unfurls, the languid grace of ‘Feel The Heat’ and the title track’s sighed harmonies and chiming riffs stand out more and more – the echoes of a gospel choir and a few jazz inflections in among the guitar jangle hinted that this band had much more to offer.

But the following year, the ferocious rock sound of a new band called Guns’n’Roses rebooted the genre, leaving the make-up, the glitter and the hairspray stranded on Sunset Strip.

Appice joined John Sykes’ Blue Murder, Sweda formed Bulletboys, Rod went to WASP, Philips to ICON, and Free, of course, joined with Bruce Gowdy and Guy Allison to form Unruly Child, a band that seemed to enjoy one degree of separation from every other rock band in the western world.

Jon Astley’s suitably robust remastering of Ready To Strike is matched only by his sympathetic treatment of Thrill Of A Lifetime, and Malcom Dome’s liner notes remind us of what the age of AOR was really like. 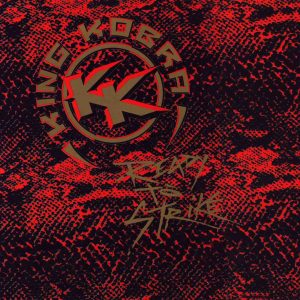 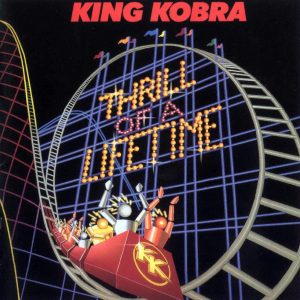 Thrill Of A Lifetime: