The latest EP from Black Country triumvirate King Corpse pleasingly confirms that their advancement is moving in the right direction. Things are rolling along nicely. Or are they? Because that’s the point really isn’t it. King Corpse lay down such sticky riffs that nothing can really roll through them at all. Instead the sludge is laid on more liberally than marmalade on toast and the overall effect is to find yourself sinking into their doom-raddled lair.

Some of these songs from the Kidderminster virtuoso’s have appeared on previous releases  since they first formed in 2015 but there are five new numbers to check out and the whole thing marries together nicely, with the opening slowburner ‘Exhumation’ nudging the door open to commanding effect

Supporting the likes of such demonstrative doom allies as Conan and Monolord tells you all you need to know about King Corpse who blend their monstrous riff chugs with visceral vocal barks, pounding percussive backdrops and occasionally more animated singing. The whole thing works superbly on tracks such as ‘Drowning’ and the sprawling ‘Climb My Bones’. 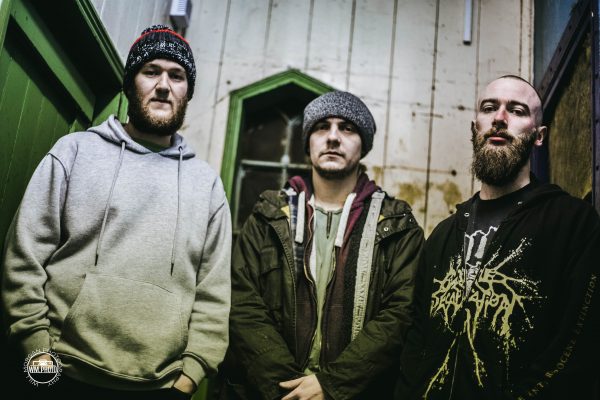 Vocalist and bass player Jack Cradock came up with his new songs while studying for his Masters at Leeds University which either tells us that this academia lark is a piece of cake, or as is the more likely outcome, that he’s blessed with a flair for making music as well as passing exams. The line-up is completed by guitarist James Pearson and drummer Toby Sambidge, who sustains a thunderous skins soundscape throughout.

On ‘Sons of Mourning’ two distinct vocal threads overlap, one increasingly distressed as King Corpse ratchet up the angst levels before offering an exit route through some neatly woven in prog moments. ‘Sleepless’ is another crushing composition, although one more likely to induce nightmares than sleep.

‘Swamp Thing’ closes a very listenable record from King Corpse, effectively demonstrating their multi-layered delivery. The  band’s first ever song has been rerecorded and generally given the deluxe treatment, emerging with its ambient intro that is quickly eclipsed by some Orange Goblin-like riffage and then once fully into their stride King Corpse rarely take a backward step.

Sacred Crimson is self-released on 17 April 2020 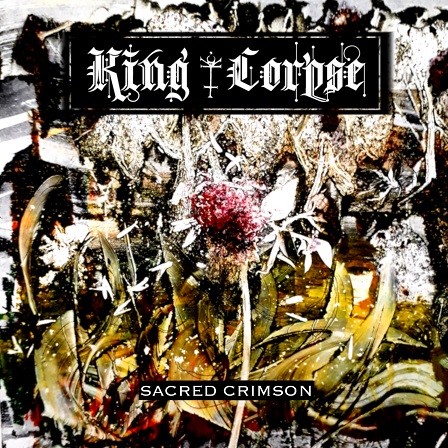