In March 1981, 20 year old Kim Wilde blasted into the UK Top 20 with her debut single ‘Kids In America’: cool, gorgeous and armed with a killer pop/rock song penned by her younger brother and her Dad, it provided the launch pad for a career that is still going strong nearly forty years later. This month sees the much-anticipated reissue of Kim’s first three albums, Kim Wilde, Select and Catch As Catch Can in expanded 2CD+DVD form – or on coloured vinyl if you prefer – which brings together all the early material Kim recorded for RAK Records.

There is an ebullient new wave/rock feel that runs throughout Kim Wilde’s eponymous debut album. ‘Kids in America’ narrowly missed out on the number one place it thoroughly deserved but it remains an exciting, urgent track and the punchy power pop of its follow up, ‘Chequered Love’, is scarcely less so. ‘Water On Glass’ was lifted from the album to become Kim’s third consecutive top twenty hit, but Kim Wilde demonstrates strength in depth beyond the singles with tracks such as ‘Our Town’ and the plaintive ‘You’ll Never Be So Wrong’, as well as a pleasing willingness to experiment with different styles on  the ska-flavoured ‘26580’ and album closer ‘Tuning In, Tuning On’ – which was an indicator of the direction that Kim’s next album would take.

1982’s Select marked a shift to a more electronic, synth driven sound. Lyrically the album touched on bleaker subjects including suicide, police brutality, relationship breakdown and paranoia. In the case of lead single ‘Cambodia’ and ‘Wendy Sadd’, Kim is merely a detached observer of events – a technique repeated on stand-alone single ‘Child Come Away’, released in the same year and included as one of the bonus tracks here. Yet, despite being a more sombre affair than its predecessor, Select is arguably a more consistent and satisfying work and once again it is worth investigating further for quality album tracks such as ‘Ego’ and ‘Words Fell Down’.

In complete contrast to the gloomy lyrics of Select, Kim’s next single, ‘Love Blonde’, was playful, sexy and tongue-in-cheek, but it was atypical of its parent album, Catch As Catch Can. ‘Dancing In The Dark’- the album’s other single – was a pleasant venture into electronic dance pop, although the dramatic album opener ‘House Of Salome’ or the catchy ‘Back Street Joe’ might arguably have been better single choices. Yet Catch As Catch Can is nothing if not an eclectic album and wrapped around the two upbeat singles are the experimental ‘Dream Sequence’ – all atmospheric keyboards, backwards piano keys and spoken word passages – and the dark but rather fabulous ‘Shoot To Disable’, which remains one of my favourite Kim Wilde tracks to this day.

For Kim Wilde fans like this reviewer who already own these albums on vinyl or CD (or both!) there is still plenty to delve into. Each album has been remastered from the original analogue tapes and features new sleeve notes, rare photographs, lyrics, a DVD of video footage and, crucially, a wealth of previously unissued tracks and new remixes. In truth there are more new remixes spread across these releases than I would like, though it must be said that Matt Pop’s 80’s style extended remixes of ‘Chequered Love’, ‘Cambodia’ and ‘Child Come Away’ from the original multi tracks are nothing short of superb. All three albums feature B-Sides and 7” versions but Select and Catch As Catch Can benefit from a previously unreleased track each, along with a selection of rough, original or alternate mixes that provide an insight into the evolution of the songs.

With a Greatest Hits tour heading across the UK this September this promises to be an exciting year for Kim Wilde. These remasters are a timely reminder of the first phase of Kim’s career and, hopefully, represent just the start of a curation of her extensive back catalogue. 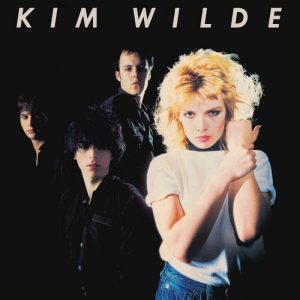 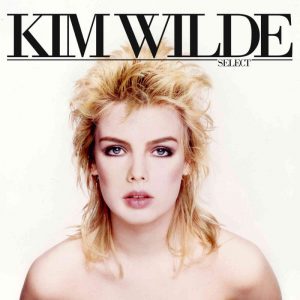 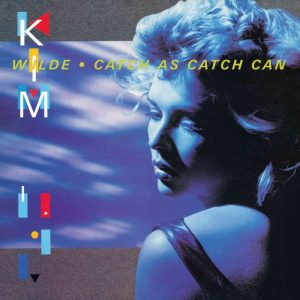 Catch As Catch Can: