Opening track of 1989 by Kill the Thrill is ‘Love has failed’, ambient noises over a pacing beat before a very melodic guitar riff kicks in. Those vocals a cool drawl over the verse, there is some Joy division influence, certainly very Ian Curtis. It’s quite a magical sound that draws you in.

Hailing from Marseille this three piece know how to rock and create an impact. If you like industrial rock with a touch of punk this band is for you. Nicolas Dick’s energetic lead vocals really are quite impressive.

‘Fire’ is track three, fuzz guitars wail out, some good use of panning. There’s some interesting effects and the guitar work is very clever. The chorus may be the word Fire repeated but it works. It’s simple but effective. If this track was played at an underground rock disco it would be perfect, in fact any of these songs would have been great for The Crow soundtrack.

‘I feel right’ sees that guitar wizardry kicking in again, the album challenges you but it has a really endearing quality. Kill the Thrill make me want to join their band there’s something that’s right about them, something that’s lacking in today’s industry, they are edgy. They know how to create an atmosphere, I feel right really does have a cool vibe especially when Marylin Tognollis vocals creep in at the end and her bass gets its moment to shine through the dark clouds.

‘Hesitation’ doesn’t hesitate it kicks ass straight away, it’s a warping sound, the reverb on the vocals only add to the creepiness, it’s got a great touch of lunacy that would be fitting to a horror film. The guitar again is so simple but adds so much to this track the use of effects is phenomenal Thierry “Toto” Ringelstein makes great use of the instrument.

Closing track ‘Feel’ gives an early Nine inch Nails vibe, quirky energetic and hard rocking, the use of synth and those vocals combined provides a twisted but cool feel. A nice guitar solo sits in well with this.

An album that hits as hard at the start as it does at the end. It’s a good listen and whilst may not be to everyone’s taste does have a niche and appeal. I found myself pleasantly surprised and charmed by 1989. It’s fast high paced energy lured me in, dark hypnotizing and sassy a must for anyone who wants to experience something fresh and for a band that has been playing 20 years they do still sound fresh. My only criticism is I would have liked a few more tracks and maybe something slower to showcase a more mellow side, all in all great work. 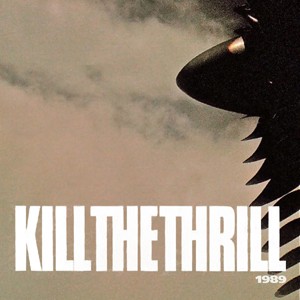 I hate your world