Watched the above video? you’ve probably heard the song on Planet Rock (if you’re a listener) – it’s on heavy rotation. It’s good (the video’s a bit corny, mind). There are definite shades of Southern Rock, it’s a bit Aerosmithy, it chugs along nicely, has a 70’s Summer stadium rock vibe in spades. As you’d expect, the solo is good. It’s showy…but not showy (don’t ask me how that works).

And that, my fellow dudes, is pretty much what you get from ‘The Traveler’ (yes, I know, there should be another ‘L’ – you’ll have to excuse him, he’s American). This is, believe it or not, album no. 9 from Shepherd and it finds him entering his 40’s, a father. Travelling, if you will, through life.

And, as you may expect, mellowing slightly with age. It’s about reflection, restraint, knowing when to hold back. It’s also about songwriting, not shredding, and about stretching as a vocalist – sharing more vocal duties than previously with main vocalist Noah Hunt.

So what else do we have here? There’s a lot of FM radio rock. Slinky riffs and songs that live to be played with the top down on the open road. The whole album has a radio friendly sheen, and that’s no bad thing. ‘Gravity’ has a poppy edge, with nice guitar textures and aching sustained notes.

There is, obviously, blues. ‘We All Alright’ is drenched with greasy riffs and swampy reverb while ‘I Want You’ just has to be a doff of the cap to Eric Clapton – on fire, something to prove Clapton, not pipe-and-slippers Clapton, and the horn section adds oompf, giving it a loose feel.

And there’s a noticeable Southern feel. Southern, edging perilously close to Bro Country at times. Beer, porch and sunset songs (albeit with a subtle anti-Trump message in ‘Tailwind’). Chilled, somewhat predictable cowboy songs but no less fun for that. They lend the album a hazy, kickin’ back with a cool one vibe.

The choice of covers too, is interesting. Buffalo Springfield’s ‘Mr.Soul’ is taken at twice the speed that Uncle Neil tackles it.. and with added Stax horns. The horn riff Otis Redding used for his inspired take on ‘Satisfaction’ to be precise (a version Keith Richards has gone on record to say is so good that it forever changed the way the Stones play the song). The album ends with Shepherd shaking off his self-imposed shackles for a wild ride through Joe Walsh’s ‘Turn To Stone’, his howling guitar briefly dialling it down before taking flight again.

So, a laid back, classy, mature album from Mr. Shepherd and, perhaps, a pointer to his future direction. We’ve already mentioned Clapton and that may well be a way forward. American, Southern baptised, Clapton style subtlety suits him just fine. Recommended. 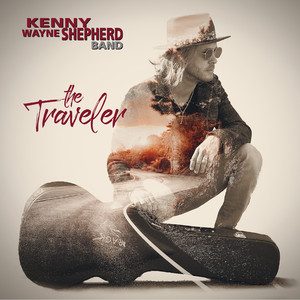