(Ed: Please note: the above song is not on this album; at the time of writing, no material from the album was available for inclusion in this review)

An organ stirs crisply, the sound swells ready to brim over as a left hand holds down chords and a right begins to invert its melody. Bright and strident ‘Ready to Die’ marches out of the speakers, then around 2.48 minutes guitarist Ken Ingwersen kicks a pedal into touch and a frenzied solo cries out before a final extended verse and dextrous keyboard coda. As if we needed reminding, Ken Hensley & Live Fire features the main songwriter for Uriah Heep during its classic period.

Hensley’s been singing, rocking his organ and sliding a guitar, while writing and producing songs like this for decades. Yes, there was beat-pop in The Gods during the 60s and boogieing Stateside with Blackfoot in the 80s, but he’s decided to pitch his flag somewhere between Uriah Heep’s Return to Fantasy and Sweet Freedom albums for this latest offering.

Familiarity can bring discontent though, and Lord knows his public persona’s often been that of a grumpy old sod, thus Trouble is an apt name for this record in more ways than one. The mid-paced rocker of that name has our Ken listing a series of life’s such inconveniences ranging from mistresses and wives, to “ahem” bikes, then more soul searching stuff before it all gets too much and, exasperated, he lets loose expletively. Not that I’ve a problem, and it works in the context of the song, but didn’t he complain about swearing being added to a WASP album he played on?

‘I Wanna Go Back’ is indeed embarrassing lyrically with Russian place names quoted Route 66 style while the offbeat Euro-ska shuffle of ‘It’ will not be to everyone’s tastes. As recompense ‘Todo Loco’ is a travelogue for a crazy world featuring soulful organ, effective slide guitar and strong vocals.

Charismatic but never overly flamboyant, Hensley remains as  distinctive a keyboard player as Lord, Emerson or Crane ever where, his song-writing here does not always weather the times as well; too much is pleasant but rarely jumps out and grabs you. Fortunately, ‘Please Explain’ achieve achieves all that and a little bit more: a well-crafted melodic AOR rocker, with fine lyrics, a strong hook in its chorus, and some good solos. ‘Dangerous Desire ploughs similar territory, neither the kind of material one expects from Hensley, whereas an organ washing over the sound warmly one minute and opting for the gothic while vocally he balances melodrama, fear and introspection in equal measures during  ‘I Don’t Know’ sums up the contradictions ever present in this creative individual. 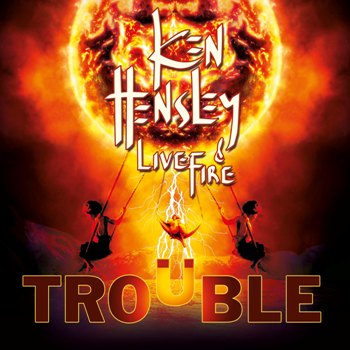