Katatonia and Solstafir will head out in January and February next year on the ‘Twilight Burials’ tour, a 31-date co-headline tour of the UK and Europe.

Among the UK shows is a visit to KK’s Steelmill in Wolverhampton on 15 February.

The coming together of these two revered masters of melancholy seems only natural. For over a quarter of a century both artists have favoured the emotional connection that their music brings over all else. Theirs is a world where ‘heavy’ is a force of nature; where progress comes from within, outwardly changing their musical output into something almost unrecognisable from the extreme metal that carried it in the early days.

This immense tour will see Katatonia be able to take their most recent studio album, City Burials, out on the road as, their touring plans like many bands had to be put on hold.

Jonas Renkse comments: “With over a year now since we played our last live show, it’s an understatement that we want to get back on stage. Add to that an album released during the pandemic with no ways to promote it through touring, it is with a good portion of hope we present you this European tour together with Iceland’s own Sólstafir. Even though a return to normality is joyous, why not celebrate it with some melancholy? This tour will bring a lush twilight shadow over Europe. Join it!”

Formed in 1991 by Jonas Renkse and Anders Nyström, and transitioning from early pioneers of the rising black/death/doom movement to powerhouses of the progressive metallic rock genre, 2020 saw Katatonia present their eleventh studio opus, the poignant City Burials, to unanimous acclaim.

With a somewhat unforeseen global event transpiring and touring being made all but impossible for artists internationally, just as Katatonia were releasing City Burials, the band still wanted to perform for their fans and so conducted a more intimate “lockdown” show which was streamed live from Studio Grondahl, Stockholm on May 9th, this show was released as Dead Air in late 2020 and gives fans a full 88-minute set containing 20 tracks from the band’s extensive and illustrious repertoire to date including a selection of fan favourites. 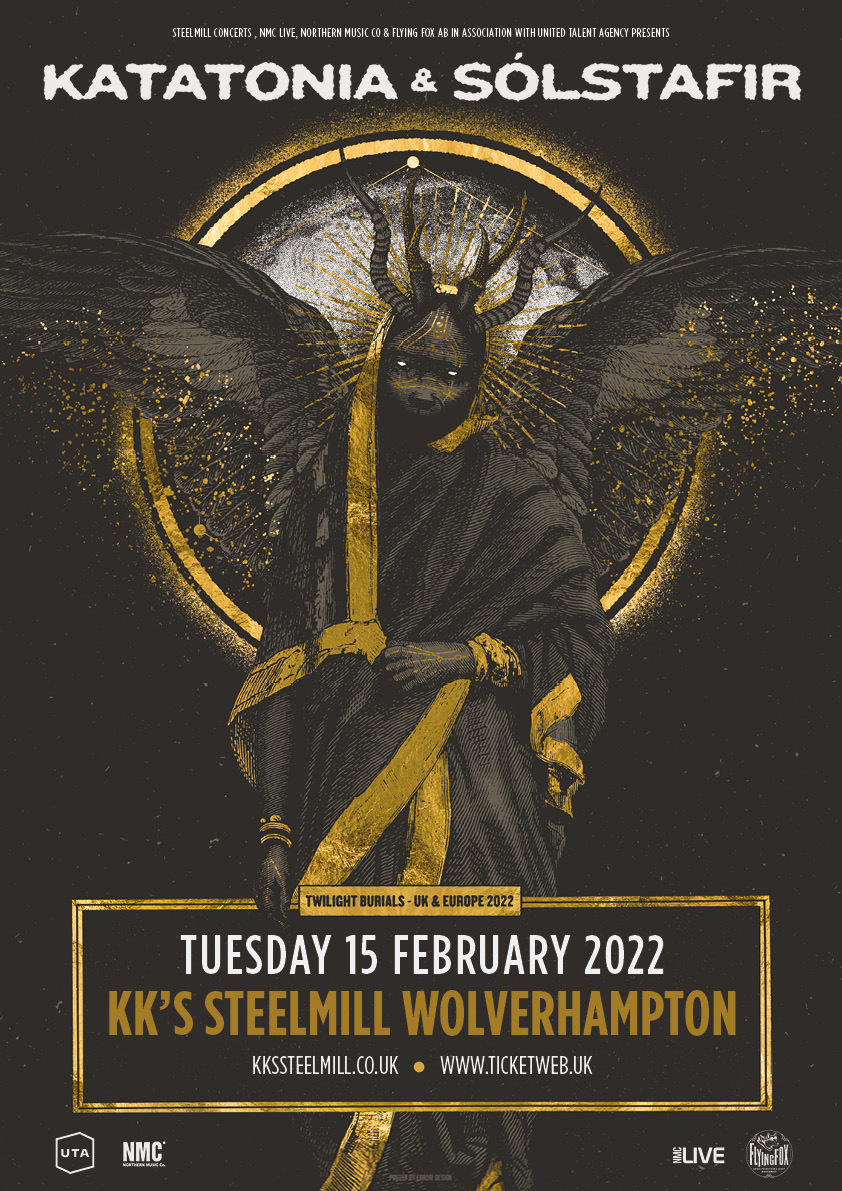