After the success of his album Heavy Rock Radio containing cover versions of evergreen songs, Norwegian musician Jorn Lande is now releasing a second instalment of his fine selection adapted in his own unique style. Because he can. His track record as the second biggest selling Norwegian musical act after ABBA gives him the freedom to do what he enjoys, not having to prove himself as an author of high quality original rock.

These are songs by artists and bands with special meaning in Jorn’s life, who have influenced him in developing his own style that has secured his prominent place not only on the Scandinavian rock scene but also worldwide.

Imagine being on a night out at a rock club with tribute paid to all sorts of favourite bands? This album is a bit like that, and there is clearly a personality shining through the choice of songs as well as through the way they have been made his own. The intention behind this release is that it is not yet another cover album. This is a special selection of tracks chosen with love and consideration. As put by Lande,  “The most important thing was to treat these songs with respect towards the original versions, my goal was always to think that the original artist would be honoured and find my version relevant. At the same time my intention was never to try to compete with the original song and artist, but make it a strong alternative version to enjoy”.

The range of music Lande has dipped into is fairly diverse. The scope is wide, from Searcher (with ‘Needles And Pins’), through Bryan Adam’s (‘Lonely Nights’) to Deep Purple and Dio (‘Bad Attitude’ and ‘Mystery’, respectively). You will also hear his interpretation of Foreigner, Manfred Mann’s Earth Band, Russ Ballard, and Pages: a rather eclectic choice.

Some songs are performed rather close to the original, others not so much, which keeps the album interesting. Let’s take ‘Bad Attitude’: it preserves Deep Purple’s spirit and interestingly conveys their original sound, although in a somehow bizarre way. In Dio’s ‘Mystery’ the keyboards, very pronounced in the original, are hardly to be heard, giving the song more of a heavy sound, yet still successfully preserving the song’s original. In ‘New York Minute’, Lande’s hoarse singing gives new kind of warmth to this melodic song, originally softened by Don Henley’s mellow voice. Peter Gabriel’s ‘The Rhythm Of The Heat’ has been made a mighty heavy metal song… The usual shenanigans on a good rock night out, but enjoyed in the comfort of your own home. 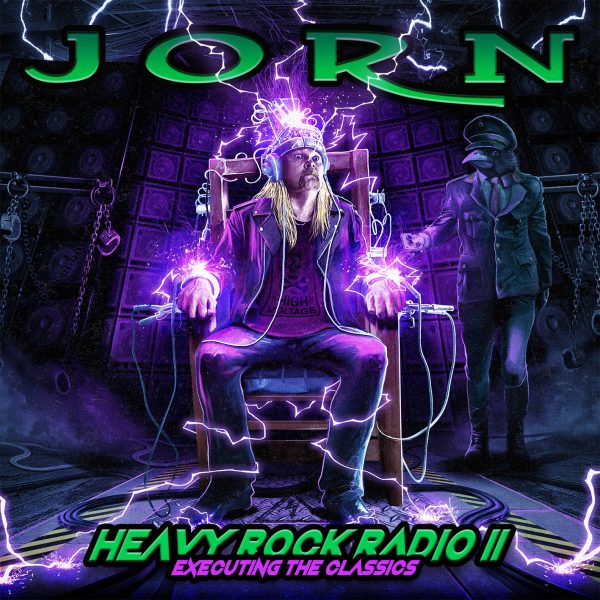