Frontier Records have once again brought to us another gem from Sweden: Jono’s Life. Not surprisingly, all critics who have reviewed this newly released album agree that it is amazing and unique; a CD you should not let past you without listening to. Other than superlatives, there is nothing else to be said about it; passionate, explosive, dramatic and performed at highest industry standards, radiating emotion and solemnness from start to finish.

When I read the band’s own definition of their music (“melodic, progressive, symphonic rock, or just music”), this is exactly what I expected to hear – and remained pretty much stunned. I can understand why they are put into this category: simply for the lack of a genre to classify them to. This is not the kind of music you can put in a box.

They also call themselves bombastic AOR, which is probably the closest definition to what they do. From start to finish, the whole album is theatrical, dramatic, explosive, performed as close to perfection as humanly possible (instrumentally and vocally), in the best AOR traditions of classics such as Marillion, Queensryche and Supertramp.

I would call them the Queen of progressive metal. Just as the British quartet gave rock another, deeper and explosive, dimension with their classical and theatrical layers and immaculate multi-tiered vocals, Jono bring this extra level to make symphonic progressive metal even more sophisticated than you would expect it to be. There are many layers to be heard and enjoyed, making this album a particularly exquisite pleasure for fans of the genre.

The entire album is performed at a high, pompous, solemn, dramatical note. They kick off with ‘Sailors’ which is almost a typical progressive metal track, slightly deviating towards modern age sound of bands such as Muse. Vocalist Johan Norrby’s (whose singing style is being compared with La Brie’s) delivers an all-heart experience – not only here but throughout the entire duration of Life.

Jono continue fooling you into thinking that this sounds familiar with the second track ‘Crown’ which sounds almost like Muse… only to realise further on that this is nothing like them, but something truly unique.

Although there are songs purely intimate by lyrics (‘To Be Near You’, ‘My Love’), you will not hear romantic tunes about love here. There is always something dark, fatal, dramatic, tragic, a vague feeling of being doomed. The only album with such atmosphere that I could compare to Life is Stratovarius’ Twilight. There is a feeling of beauty and desperation trickling through the whole canvas of ‘Life’. It sounds fatalistic, pompous, scarily grim but beautiful and immaculate (‘No Return’). Tracks such as ‘Downside’, theatrical and magical, are the progressive metal’s equivalent of 007’s ‘Sky Fall’.

Life enchants from the first to the last note. It lets you catch your breath with the final track (‘The Match’) where there is finally peace and tranquillity (bordering with tragedy). The final cords literally draw the curtains of a mesmerising theatrical performance. 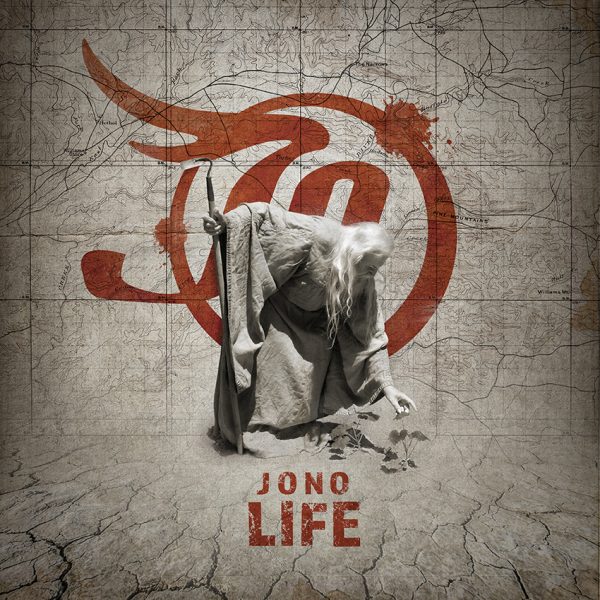