Jon Anderson is obviously best known as the singer and songwriter with Yes. Animation was recorded throughout 1981 while he was taking his first (but not last) break from the progressive rock giants. Originally released in 1982 the project saw a change in the way Anderson approached his solo labours. Following his work with Vangelis on Short Stories and The Friends Of Mr. Cairo he had found an increased appreciation of keyboards and the value of electronics within his music. He also decided to let others into the studio. On previous solo projects it had been very much a one man band situation but this time he surrounded himself with a core group of quality musicians David Sancious – Keyboards, Clem Clempson – Guitar, Stefano Cerri – Bass, Chris Rainbow – Vocals and Simon Phillips – Drums & Percussion along with an open door policy for special guests including Jack Bruce (Cream), Dave Lawson (Greenslade), Ian Wallace (The Warriors, King Crimson) and Ronald Leahy (Stone The Crows/Nazareth) among others.

Leading off on a celebratory note with ‘Olympia’ which as well opening the album also signposts a moment of inspiration during an equipment festival at Olympia in London at which Vanglis was headlining and this opened Anderson’s eyes to this new musical direction. The title track ‘Animation’ has more akin to Anderson’s previous solo work this time the theme turns to his daughter Jade who arrived in 1980 and his excitement at how animated she was. A feeling any parent or grandparent will understand. First single from the album ‘Surrender’ and the lyrics turn to world peace repeating the line “What A Way To Surrender” as it opens and closes with a world music vibe prevailing throughout. Anderson’s voice and vocal harmonies come to the for on ‘All In A Matter Of Time’. This was the other single from the album but unsurprisingly neither of these made much of an impression on either side of the Atlantic with the domination of pop and new romantic on the UK chart and despite Vangelis riding high in the US charts with “Chariots Of Fire”.

‘Unlearning (The Dividing Line)’ comes in like a mid 80’s Genesis track and probably would have stood more chance in the charts at the time. Classic Jon Anderson territory next with plenty of acoustic guitar and a few years earlier ‘Boundaries’ could have graced any Yes album (but things were changing in that camp as well). ‘Pressure Point’ hits full electronic mode even incorporating electronic backing vocals but this doesn’t detract from Anderson’s wonderful falsetto. Swing is not a word usually associated with this style of music but ‘Much Better Reason’ has plenty of it and would have sat comfortably on one of Sade’s albums a few years later. Anderson manages to mix the smooth jazz with world music rhythms to great effect before ‘All Gods Children’ (yes there is a lack of punctuation in the title) concludes the main album with full on choral backing bringing things to a rapturous close…

… this is however the remastered and EXTENDED version so we still have time for two additional tracks. First of these ‘Spider’ is the B-side of the first single. This track sits very comfortably alongside the rest of the track here and is a worthy addition however the next track is a completely different beast. ‘The Spell’ started life as the original concept for this project and in this undeveloped form would have sat better on an extras CD with other demos and alternate versions (maybe in the future). Taken on its own the 12 minute unpolished track has massive potential and could have become a prog classic but here becomes just another curio for the completest.

Shortly after the tour which accompanied Animation Jon Anderson received a tap on the shoulder from his old sparring partner Chris Squire with his plans for a new Yes masterpiece. On hearing the sketches for 90125 Anderson returned to the fold and the rest as they say is history. This was probably a very good project for Jon Anderson to complete considering the route that Yes where to pursue over the coming years and now shows an interesting insight into how the two worlds reconnected. 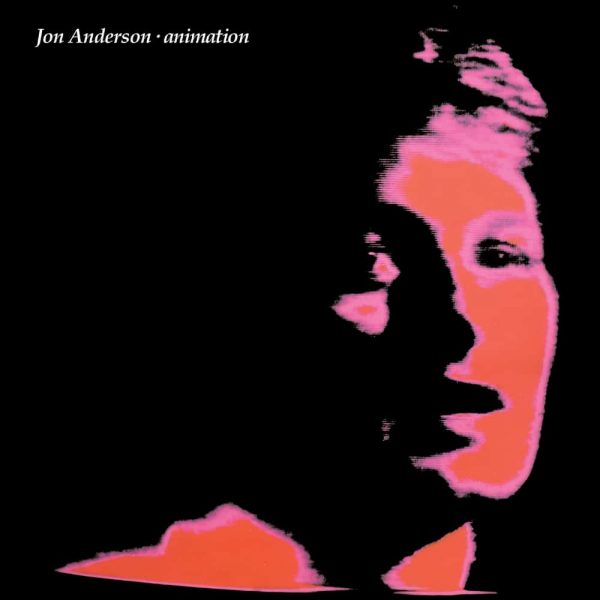