John Norum, one of modern days’ guitar gods, is best known for playing with Swedish rock legends Europe. Not everyone is aware of his own music, however, which is a shame, as it is quite the collection and makes some difference from his heritage with the band. Comparing John’s upcoming solo album, Gone To Stay, with his older works, there is one thing to say: this guy truly is like good wine!

Mr Norum is wearing a few hats here, being a composer, singer, and, of course, a guitarist. He wears them all with enviable equal ease, which is a sign of true talent.

Style wise, blues meets hard rock in this album. To an extent, this feels like a new installment of Deep Purple, with reminisces of their earlier days (‘Voices Of Silence’) through David Coverdale’s era (‘Sail On’ – to the point where you may wonder if this may actually be Mr Coverdale on vocals, sounding just as hoarsely, sexily confident), to their more contemporary era (‘Calling’).

Another true sign of good music is variety, not sticking to the same style all along. John does that too. ‘Sail On’, for instance, as much as it may remind us of Deep Purple, goes on as a Soundgarden type of song, adding to the Purple vibe a prominent Seattle spice. The album also features some proper hit material, like one of the singles released well before the album, ‘One By One’, where the catchy melody is delivered by another great voice – Åge Sten Nilsen’s.

A particularly strong song is ‘What Do You Want’ (also released on YouTube already). Delivered in that very Deep Purple style still, this is confident, mature musicianship: taste of that good old wine. If you have not heard Mr Norum’s solo stuff previously, this may make you go: “Wow, the man can make music – and sing it!”

Another fantastic track is ‘Norma’. It has a Led Zeppelin vibe, Ian Gillan type of vocals (again Nilsen’s), and features Stockholm Philharmonic Orchestra which takes it up a notch to another level and gives it more depth and layering.

John has also paid tribute to the classics with an interesting choice: David Bowie’s ‘Lady Grinning Soul’, which brings out the bluesy side to his voice sounding just as confident as the rest of his vocal parts. Another song from the past is a track from mere 30 years ago, ‘Face The Truth’, this time without the contribution of Glenn Hughes, revisited beautifully with delicious jazz vibes.

In ‘Terror Over Me’, you will hear three singers: John, Åge Sten Nilsen, Kelly Keeling, which gives it another dimension of vocal depth.

Throughout the album, there is plenty of guitar craftsmanship on display – so we don’t forget that this is, after all, one of the world’s leading guitar players we are listening to. 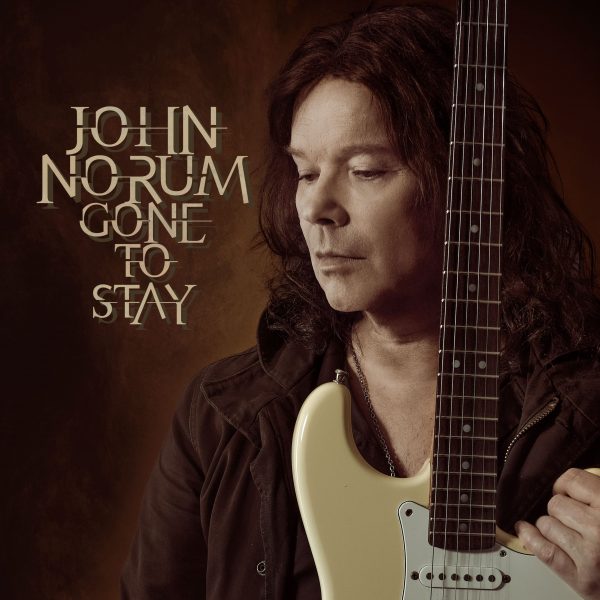