Two firsts this evening. The first first was the absence of seats in the Symphony Hall. Tonight’s gig is the first of the new standing concerts to be offered at this prestigious venue. With his music meriting such a beautiful and grandiose setting, who better to usher in this new era than John Grant? The pleasing harmony between artist and performer that the closeness of this seat-less arena brings to this evening’s event is tangible, and from opener ‘You Don’t Have To’ through to set closer ‘Queen of Denmark’, those in attendance are as one.

Entering to much applause and before beginning, Grant tells us of how he spent his recent 50th birthday enjoying the great rollercoasters of the USA and dedicating the set to a few friends on attendance. Openly humbled by his fans choosing to come to his show, Grant delivers a wonderful set drawing from all three of his magnificent solo albums and, in the second of the two firsts, the title track from his upcoming fourth album, Love is Magic to be released on 12 October.

‘Outer Space’, ‘Marz’, and ‘Grey Tickles, Black Pressure’ draw the audience ever closer before Grant’s congratulations on our unexpected sun tans (yes, we did see the sun this summer) serve as a more than apt and amusing introduction to ‘Global Warming’. The expletive-laced celebration that is ‘GMF’ gets as much laughter as it does joy. While the tender ‘TC & Honeybear’ and new track ‘Love is Magic’ are both touching – the latter clearly indicating that the upcoming album will be another splendid piece of work – there is nothing to match the might of ‘Glacier’. Powerfully moving on record, it is overwhelmingly heart-breaking when performed live.

And with the electronic splendour of ‘Pale Green Ghosts’ leading into the incensed and hilarious ‘Queen of Denmark’, Grant and co. leave us for a few minutes before returning for the three-track encore. Joined by support act Cate Le Bon – a musician well worth checking out if you haven’t already – for a cover of Mary McGregor’s 1976 hit, ‘Torn Between Two Lovers’, the band disappear after ‘Caramel’, leaving Grant alone to see us off with a solo rendition of ‘Vietnam’, because “I like it”.

Performing on synth and piano for the most part, being in Grant’s presence is more like being with a friend, a confidant, than watching a performer. His relationship with the audience is more personal than most, if not all. When he says he loves his audience and makes numerous dedications to its members – read from a piece of paper so he doesn’t “fuck it up” – his authenticity is void of the obvious insincerity that such sentiments are peppered with by the big stars that frequent this and much bigger venues. Truly moving, it’s the sincerity, the genuineness of every emotion that is packed into his music that makes tonight’s performance all the richer. 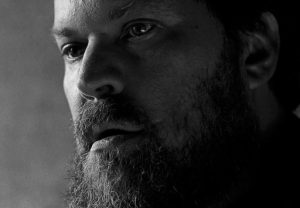